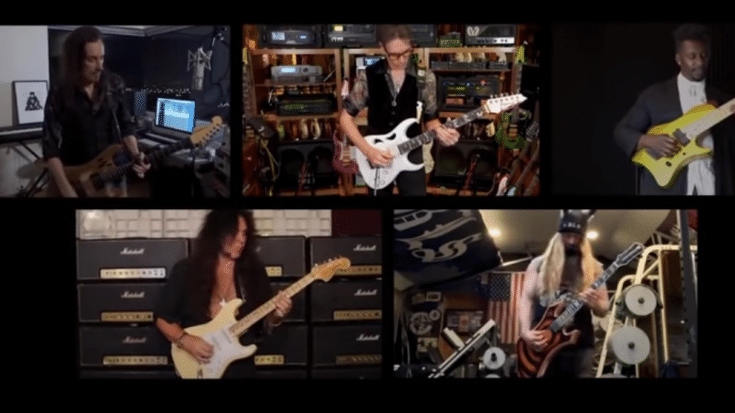 We’re ranking this as one of the best Bohemian Rhapsody covers ever. Along with Queen guitarist Brian May, he got together remotely with an ensemble of his fellow virtuoso musicians for a stunning, powerful, and epic take on the Queen classic. Recorded in their respective homes, Nuno Bettencourt assembled his Generation Axe touring buddies Steve Vai, Zakk Wylde, Yngwie Malmsteen, and Tosin Abasi for this rendition as part of Bettencourt’s AXS TV special, At Home and Social with Nuno Bettencourt & Friends.

They brought their A-game but of course, May took over the solo and melted our faces off.

May commented about the song in 1982, “The guitar solo was pretty much off the cuff, except I think I had plenty of time to think about that one. I remember playing along with it in the studio for a while when other things were being done. I knew what kind of melody I wanted to play.”

May also explained his iconic guitar solo to Total Guitar, “Yeah I basically sang it. I regard the guitar in that situation as a voice. I could hear this melody and I had no idea where it came from. That melody isn’t anywhere else in the song, but it’s on a familiar chord sequence, so it dovetails in quite nicely.”