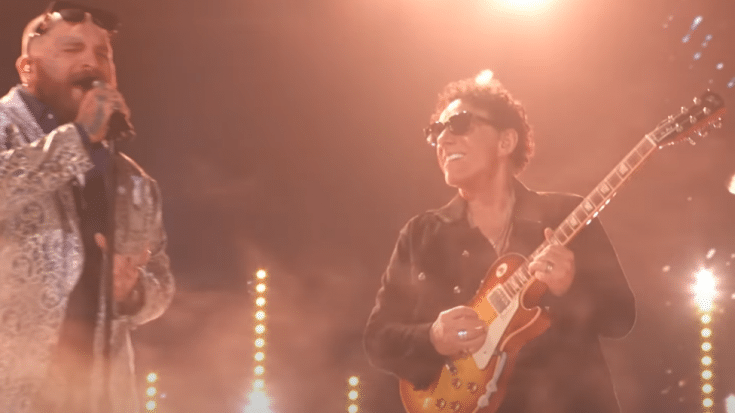 Neal Schon made a guest appearance on America’s Got Talent and performed the Journey classic “Don’t Stop Believin'” Wednesday night.

The legendary guitarist played the song alongside the 2019 winner of America’s Got Talent, pianist and singer Kodi Lee, and singer Teddy Swims. Schon tweeted after the performance:

“Great time today at Americas got Talent! Thank you All”

“But it was a phrase his father had given him when he was trying to make it in the music industry and not having much luck, I guess. His dad said, ‘Don’t give up, son.’ It just kind of came out of that.”

Schon explained about the song:

“For the first time, you’re hearing a chorus on the outro, which was completely against all rules of nature in that time period – and now – if you’re going to try to get a song on the radio. The saying was, ‘Don’t bore me. Get to the chorus.'”

Schon then revealed at that time he could tell right away the song would make a huge hit. He added:

“When the song was done and the mix was almost finalized, I turned to everybody in the room and said, ‘I think this song is going to be massive,’

“They released it as a single, and it wasn’t so massive – but then it ended up being massive. It just took a long time for everybody to catch up!”

Watch his recent performance below.