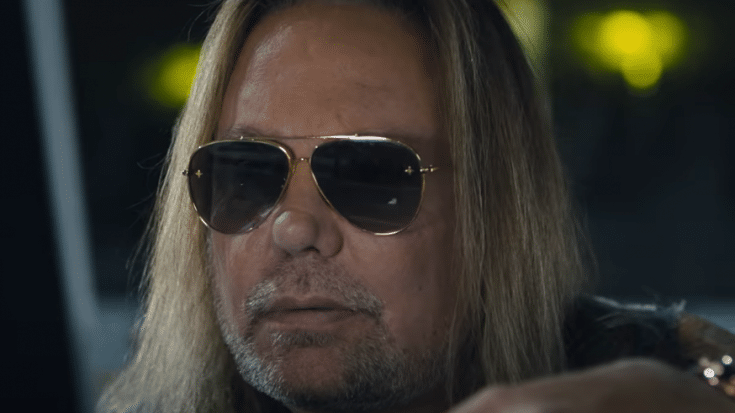 MÖTLEY CRÜE frontman Vince Neil has teamed up with the short term lender Dollar Loan Center and stars in a new advertisement.

Dollar Loan Center is established in 1998 based in Las Vegas with more than 50 locations all over Nevada and Utah. They described their company as “the key provider of installment signature loans in the industry.” The new commercial was filmed at the Dollar Loan Center Arena in Henderson.

Then the alarm rings and Neil’s request have been processed, followed by a light flash informing him that his loan has been approved as fast as the song predicted. The singer expressed his celebratory exclamation as pyrotechnic effects go around the ice rink.

Earlier this year, Neil took part in a $150 million deal selling Mötley Crüe’s entire catalog to BMG. Now, he is set to hit the road with the rest of the band for their Stadium Tour with Def Leppard, Poison, Joan Jett and Classless Act, launching next month in Atlanta, Georgia, and will wrap up in September in Las Vegas.

Watch the new commercial below.