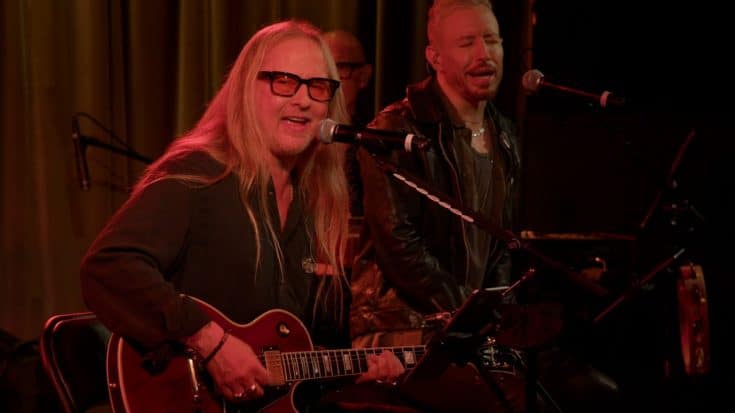 Alice in Chains’ Jerry Cantrell shares his live performance of “Brighten”, his second single and title of his first solo album in 19 years.

The clip is just one of the night’s highlights of his digital event “An Evening With Jerry Cantrell” in November 2021 at the GRAMMY Museum in Los Angeles. Cantrell played an intimate show to celebrate the release of Brighten. The sold-out show featured a six-song set, storytelling, and a Q&A hosted by Curb Your Enthusiasm’s Jeff Garlin.

On the video, Cantrell can be seen backed by many of the musicians who appear on the LP, including score composer and producer Tyler Bates (300, John Wick), former Dillinger Escape Plan members Greg Puciato and Gil Sharone, as well as George Adrian, Vincent Jones and Michael Rozon.

“Brighten” features 8 new original tracks from Cantrell and a cover of Elton John’s 1971 “Goodbye” from the album “Madman Across The Water”. The record also features Duff McKagan of Guns N’ Roses on bass.

Cantrell is set to hit the road in support of Brighten on his upcoming headlining North American tour kicking off March 24 in St. Paul, Minnesota. See dates on his official website and catch him live.

Watch his amazing performance of “Brighten” below.