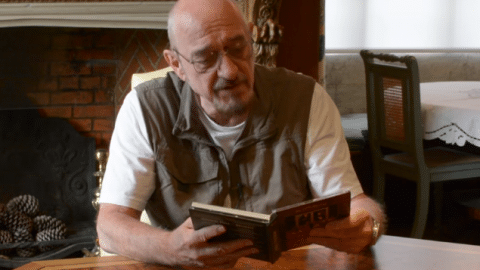 Have You Bought Your Copy Yet?

Jethro Tull’s Ian Anderson sat down for an unboxing video of the band’s 50th Anniversary Edition of their third studio album, “Benefit”. The four-disc and two DVD box set was released on November 5. Watch him walk fans through the collection below.

Meanwhile, Jethro Tull’s new studio album “The Zealot Gene” is set to arrive on January 28, 2022 via InsideOut. It’s the group’s first new material in 18 years! They previewed the record with a video for “Shoshana Sleeping”, the first single from the LP.

They actually began working in 2017 and were supposed to release the album in 2020.

“It was so sudden,” Anderson said. “Amidst the concerns and warnings of the scientific community and a few more enlightened politicians, we all retreated in disbelief to our homes to wait out the storm.”