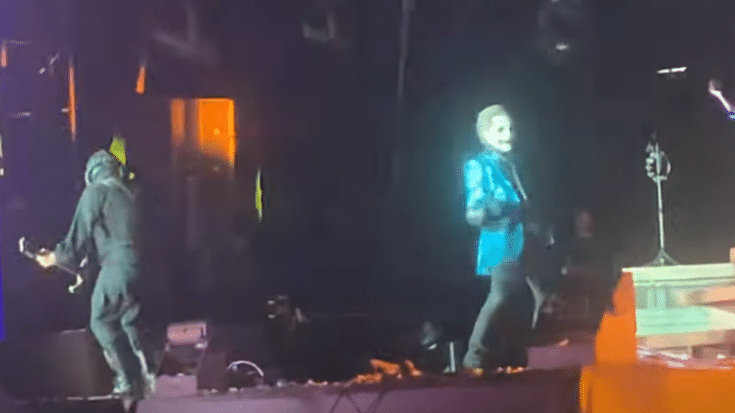 Ghost shows are exceptional metallic masterpiece for a lot of basis — the fierce set designs, the wardrobe, the tracks, the vibe— and everything is made achievable by the vigorous hardwork frontman Tobias Forge pours into each set.

The occult-rock genius almost never skips a beat, that is why it was a bit strange to see that the band had to cut short their weekend Hellfest due to Forge’s voice being “completely fucked” by the last part.

The unforeseen voice issue happened at the latter end of their highlighting performance at the French metal fest the evening of Saturday June 18th. The group had already revealed the live launch of their Impera song, “Griftwood,” and were ready to wind up their 18-song set with the ferocious “Square Hammer” — which they’d been concluding each show with on their afresh tour — when abruptly Forge declared over the crowd’s ovation that he and his group would be conceding.

He uttered in a gruff over cheers of the audience:

“My voice is completely fucked.

“I cannot sing one other song for you.”

At that instant, the group had performed 17 songs showcasing their whole catalog, and the crowd had most probably gotten their money-and-expectations’-worth off the band. Nevertheless, Forge isn’t the kind of dude to dismiss a set ahead of time, so we hope his vocal pipes are fine and he just requires some time off after an exceptionally lively show.

Watch the fan-filmed footage below.