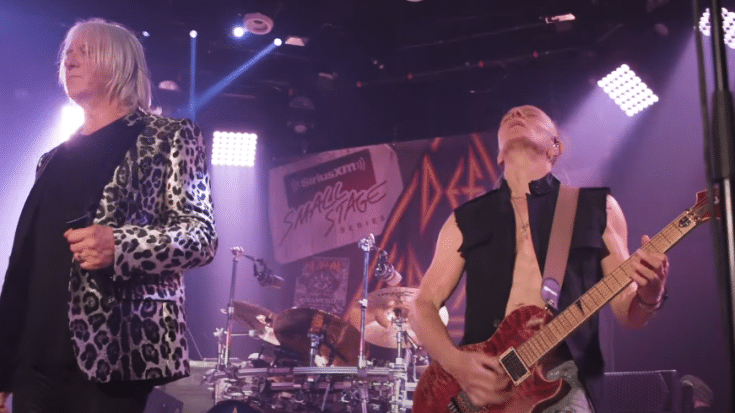 Def Leppard has recently shared their performance of 1987 classic “Pour Some Sugar on Me” live for SiriusXM’s Small Stage Series at the famed Whisky A Go-Go in Los Angeles, CA on May 26.

The band’s rare club appearance was held for an invitation-only crowd the night before the release of their new album, Diamond Star Halos, which marks as their twelfth studio record in nearly seven years following their 2015’s self-titled record.

The band recorded their new album during pandemic simultaneously in three different countries, with frontman Joe Elliott in Ireland, bassist Rick Savage in England, and guitarists Phil Collen and Vivian Campbell, plus drummer Rick Allen resident in the United States.

Def Leppard will hit the road with their North American stadium tour on June 16th in Atlanta, with tickets available via Ticketmaster. They will be joined by Mötley Crüe, Poison, and Joan Jett and The Blackhearts. Watch the live performance of “Pour Some Sugar On Me” on the official video below.