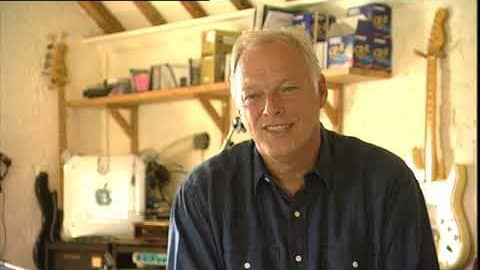 Pink Floyd‘s David Gilmour recalled some memories he had with the late Syd Barrett in a 2001 interview done by director John Edginton for the documentary about the former frontman.

“Syd was there doing art and I was doing my French and English A levels. We got to know each other a lot better there because we would spend our lunch times playing the guitar up in the Art department and learning the latest sort of songs, early Stones tracks and god knows what.”

Barrett co-founded Pink Floyd in 1965 and Gilmour joined as guitarist and co-lead vocalist in 1967. Gilmour recalled:

“I was still in my band in Cambridge, he was in the early incarnations of Pink Floyd and they would come play gigs in Cambridge sometimes and we would go up, they would actually ask us to go up and play on gigs they had been asked to do.”

Everything changed when Gilmour left London for a time and when he came back Barrett doesn’t recognize him anymore. In spring of 1967 Gilmour was invited to the recording sessions for the new single, “See Emily Play.” That day, Gilmour noticed that the singer was acting strange which had not yet been noticed by his other bandmates, Richard Wright, Nick Mason, and Roger Waters. He continued:

“They were on the peak of a wave at the time. As I say there were about to make their first album.

“Their entire period of time with Syd in Pink Floyd, as a recording artist, is less than a year and during which time you know they’d had three singles or four singles and an album.”

Barrett was 20 when he wrote the songs for Piper at the Gates of Dawn. In April 1968, Barrett was ousted from the band amid of his mental illness and his excessive use of psychedelic drugs. When asked if the pressure of fame contributed to Barrett’s breakdowns, Gilmour said:

“Acid is more to blame in this than the advent of his fame because I don’t really see the timing fits.”

Barrett a brief solo career in 1969. Gilmour produced his two solo albums The Madcap Laughs (1970) and Barrett (1970), recorded with the help of several members of Pink Floyd. In 2006, Barrett died at his home in Cambridge aged 60, from pancreatic cancer. Watch the full interview below.