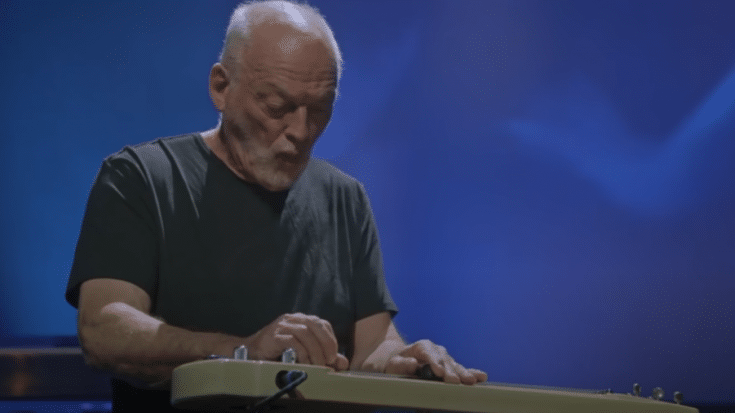 via Mick Fleetwood And Friends Official/YouTube

It was Fleetwood who personally invited David Gilmour even though they weren’t that close. Fleetwood told Rolling Stone, “He had so much reverence for Peter Green’s playing and who Peter was and the songs.”

“He initially got cold feet,” Fleetwood continued. “He was like, ‘I don’t know if I can interpret Peter’s work. It’s so amazing. Maybe I can’t do that… At the moment I’m sort of passing on the idea. But later on, if this happens, I may gather enough courage.'”

Eventually, Gilmour gave it a go and Fleetwood commented on his rendition: “He did beautiful work on the re-work of ‘Albatross’ with [former Fleetwood Mac guitarist] Rick Vito and also he did ‘Oh Well, Part Two’, which was on the Then Play On record.”

Fleetwood added, “For lack of a better description, it’s a classical-esque escapade that Peter put together. Peter never played it. Fleetwood Mac never played it. That was really special that David picked that to do. I was overjoyed.”