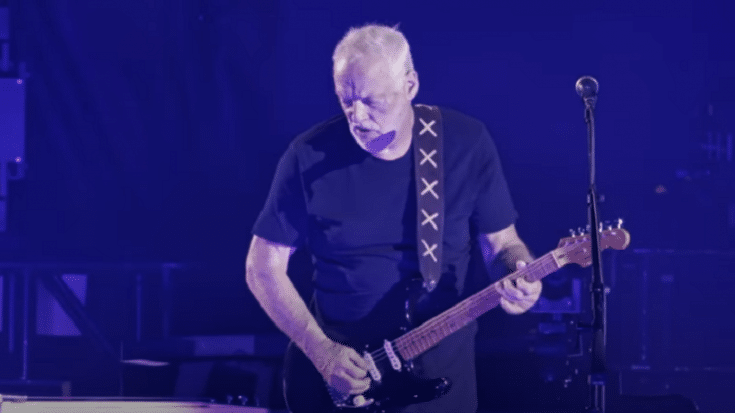 On Friday, the latest concert streaming from Pink Floyd is David Gilmour’s epic 2016 show. 45 years after the band filmed their iconic Live at Pompeii film, Gilmour returned to the historic venue to stage his very own solo concert. For two nights, Gilmour powered through a career-spanning set that featured Pink Floyd timeless classics and also his solo material.

The concert film was released in 2017 and in doing his part to keep fans entertained during the coronavirus pandemic, Gilmour is streaming it for free on his YouTube channel. You can check it out below.

Accompanying the video is the short statement that said: “45 years after Pink Floyd’s David Gilmour filmed ‘Live At Pompeii’ in the legendary Roman Amphitheatre there, he returned for two spectacular shows in July 2016, part of the year-long tour in support of his No. 1 album Rattle That Lock. The performances were the first-ever rock concerts for an audience in the stone Roman amphitheatre, and, for two nights only, the 2,600-strong crowd stood exactly where gladiators would have fought in the first century AD.”

5 A.M.
Rattle That Lock
Faces of Stone
What Do You Want from Me
The Blue
The Great Gig In the Sky
A Boat Lies Waiting
Wish You Were Here
Money
In Any Tongue
High Hopes
One of These Days
Shine On You Crazy Diamond
Fat Old Sun
Coming Back to Life
On an Island
Today
Sorrow
Run Like Hell
Time / Breathe (Reprise)
Comfortably Numb
Beauty (closing credits) (studio recording)