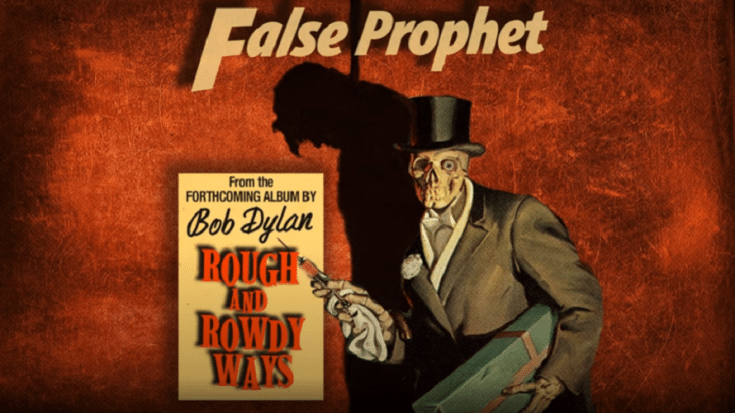 Bob Dylan teased his upcoming album titled “Rough and Rowdy Ways” with its third song – the “False Prophet.” It follows previous tracks from the record – the 17-minute epic “Murder Most Foul” and the acoustic ballad “I Contain Multitudes.”

Out on June 19, it’s his first album of original material in eight years – the last one being 2012’s “The Tempest”. “Rough and Rowdy Ways” will be available on double-CD, double vinyl and digital formats.

Interestingly, Dylan has never been a fan of the “prophet” title. In a 2004 interview, he told 60 Minutes’ Ed Bradley: “You feel like an impostor when someone thinks you’re something and you’re not. I never wanted to be a prophet or savior. Elvis, maybe. I could easily see myself becoming him. But prophet? No.”

Dylan seems to have been quite busy for the past few weeks. Even though he still practices social distancing, that didn’t stop him from releasing new music to the delight of his fans. And so with the announcement of what would be his 39th studio album, that’s just another thing to look forward to.

There’s still no track list but his website confirmed that it will feature ten tracks. “Murder Most Foul” will have its own disc on the CD version of the album.