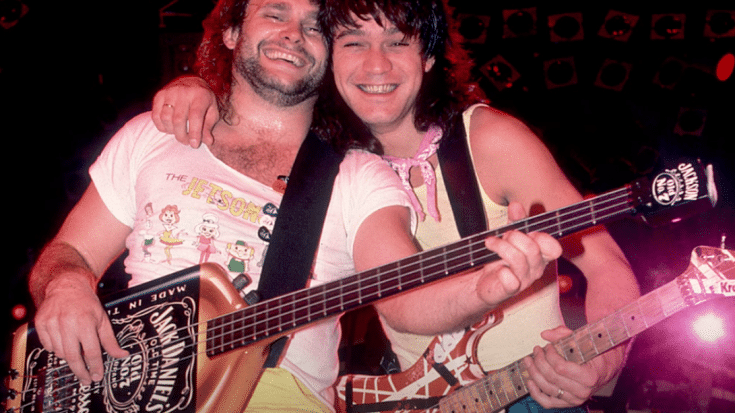 Fans of Van Halen were stoked to hear the band’s classic hits performed live by Sammy Hagar and The Circle on their Las Vegas residency show on February 12.

Not only did it feel like a tribute gig, but it also surprised the audience as Michael Anthony took the mic and sang the lead vocals on two of the band’s classic tracks “Ain’t Talkin’ ‘Bout Love” and “Runnin’ With The Devil.”

Michael is the backing vocalist for Van Halen from 1974 to 2006. Now he joins, Sammy Hagar, and the Circle, which features Jason Bonham on drums, son of Led Zeppelin drummer John Bonham, and Vic Johnson, Hagar’s longtime bandmate.

In the past years, Hagar has often argued that Anthony’s vocal contribution to Van Halen was undervalued by their former bandmates. In a 2019 interview, he told how he came to realize the strength of Anthony’s voice saying:

“When we jammed, Mikey didn’t sing at all, that first time. But when we started writing, and I would say, ‘Hey, Mike, can you hit these backgrounds on this?’ And when Mike started singing ‘Summer Nights,’ I’m going, ‘Holy shit, this fucker can sing!’ That really got my attention.

“If you listen to the harmonies on 5150 and OU812, there are a lot of background parts, which are very Van Halen-esque. They always had some nice singing, and it was always Michael’s voice that gave it that sound. And I think I utilized that even more than they ever did before because I was so excited that I had a guy who could sing harmony to me. We became more melodic, with more intricate melodies, holding out notes longer and so forth. It was just a whole different style.”