Watch A Cover Of AC/DC’s “Thunderstruck” On Stylophone 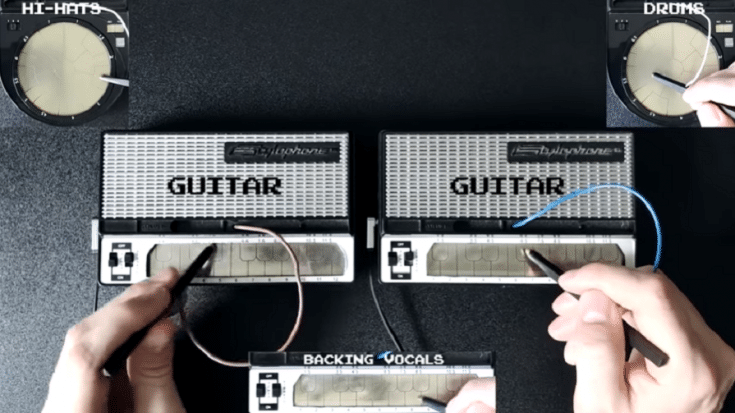 Just When You Thought You’ve Seen It All

We’ve seen so many AC/DC renditions here in Society of Rock – from washing machine covers to singing babies. And now, here’s something new and different. YouTuber maromaro1337, whose version of Rammstein’s “Sonne” previously went viral, has done it again with another classic rock song on stylophone. For this particular video, he took on AC/DC’s massive hit “Thunderstruck.”

He admits on the description box that it’s definitely a challenge for him. He writes, “That was very hard to pull off. The main guitar part was just horrible to play on the Stylophone. The riffs and solos were cool to play, but damn… It was harder then it looks. Sorry for changing the ending solo a bit, it would sound hideous to play two Stylophones set on the same mode at once.”

And like before, he didn’t disappoint. It’s truly fascinating to watch and listen to.

The stylophone was invented in 1967 and while it wasn’t often heard in rock, some of those who used it include Small Faces, John Lennon, and David Bowie.

“Thunderstruck” is the lead single on “The Razor’s Edge.” Angus Young said, “It started off from a little trick I had on guitar. I played it to Mal and he said ‘Oh, I’ve got a good rhythm idea that will sit well in the back.’ We built the song up from that. We fiddled about with it for a few months before everything fell into place. Lyrically, it was really just a case of finding a good title … We came up with this thunder thing, based on our favorite childhood toy ThunderStreak, and it seemed to have a good ring to it. AC/DC = Power. That’s the basic idea.”