Warren Haynes Dazzles With “That Smell” In Brilliant, Bluesy Salute To Lynyrd Skynyrd 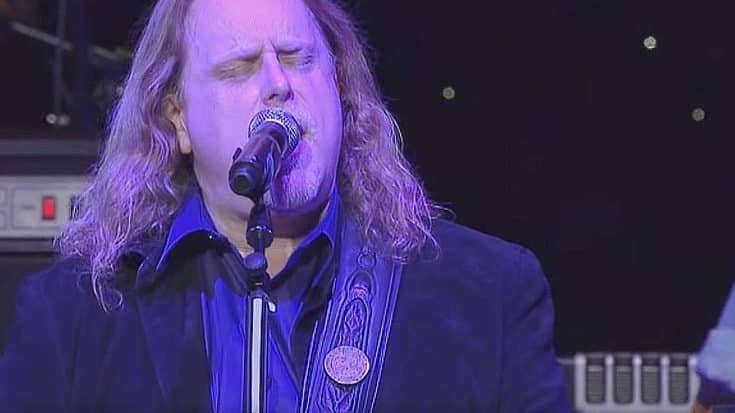 The evening of November 12, 2014 was one of fun, music, and memories as fans and friends converged on Atlanta’s Fox Theatre in honor of Southern rock legends Lynyrd Skynyrd. An all-star celebration of the band’s career and legacy, One More For the Fans found artists from across the musical spectrum taking the stage with impassioned, wildly creative tributes to Lynyrd Skynyrd, combing through their extensive musical catalog and reveling in the opportunity to finally get the chance to say thank you to one of rock’s most influential bands to date.

An evening that featured everyone from Peter Frampton and Gregg Allman to Aaron Lewis and Blackberry Smoke, one of our favorite performances of the night came from none other than Southern rock’s own Warren Haynes; first appearing earlier in the evening with Gov’t Mule for “Simple Man,” Haynes returned a short time later to offer up a brilliant, bluesy take on “That Smell” from 1977’s Street Survivors that left the crowd on their feet and roaring with applause.

Fun Fact: Haynes has referred to himself as a “Gibson man”, often playing Gibson Firebird and Gibson ES-335 models as well as the Les Paul models.

Not only does Warren let his own gifts shine, he invokes Lynyrd Skynyrd’s legacy beautifully in the form of some seriously stellar guitar work and that gorgeous Southern rock flavor we’ve come to know and love for over three generations strong.

Skynyrd Nation, this is one you definitely have got to see – if you missed out on Warren’s One More For the Fans salute to Skynyrd the first time around, never fear: you can check it out in the video below and watch to your heart’s content. Enjoy!