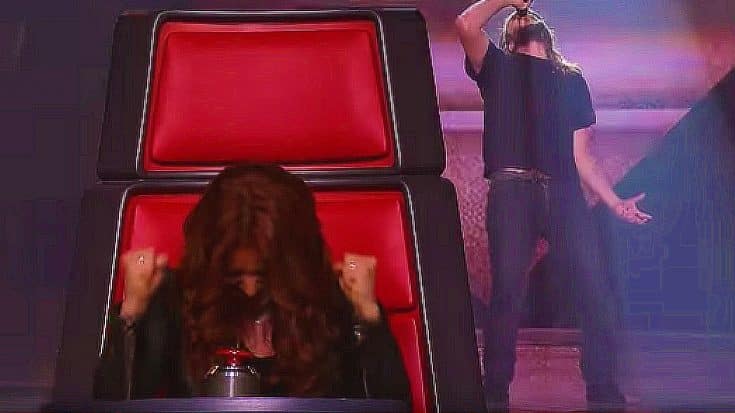 I think at one time or another, we’ve all joked about appearing on one of those singing shows – you know, like The Voice – and performing some insane song that would make it absolutely impossible for the panel of judges to take you seriously. For one young man, his plan to gain notoriety for having the most ridiculous blind audition backfired when the judges not only loved it, but one actually turned around and chose him for her team!

Metalhead Louis-Paul Gauvreau hit the stage on Canada’s La Voix where, in all of his long haired headbanging glory, he unleashed a brutal performance of Necrophagist’s “Stabwound” that drew shock from the show’s judges Pierre Lapointe, Éric Lapointe, Marc Dupré and Isabelle Boulay before their shock gave way to amusement and actually cheering for the singer.

We weren’t the only ones surprised by the judges’ reaction to Louis-Paul; his girlfriend stood backstage with the show’s host, laughing in disbelief as Louis-Paul actually made it through most of the song before judge Isabelle Boulay slammed on her buzzer, spinning around to cheer for the newest member of Team Isabelle. Shoutout to the house band for actually learning “Stabwound” – I think that’s a first for The Voice franchise and if they have more performers like Louis-Paul, then you can consider us fans!