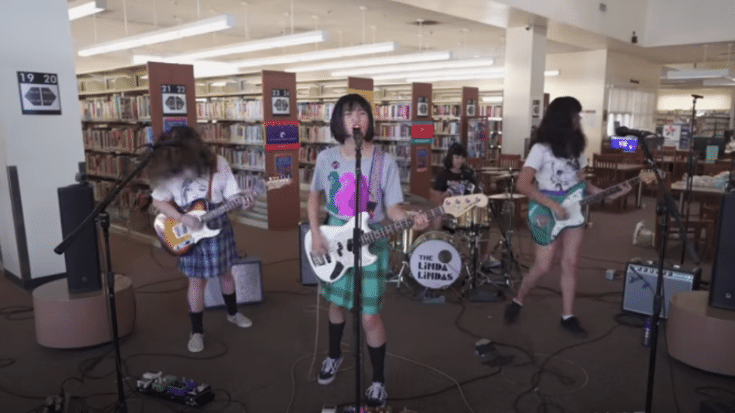 Check Out Their Performance

The teen punk band that went massively viral has landed a record deal. Just days after the Linda Lindas blew up the internet with their performance of “Racist, Sexist Boy” inside the Los Angeles Public Library, the quartet has signed with Epitaph Records. A rep for the label confirmed it to Variety.

The band consists of Bela, Lucia, Eloise and Mila, and they describe themselves as “Half Asian / Half Latinx. Sisters, cousins and friends who play music together because it’s fun!!”

Their library performance earned the praises of rockstars like Rage Against the Machine’s Tom Morello.

“A little while before we went into lockdown, a boy came up to me in my class and said that his dad told him to stay away from Chinese people,” Mila said as she introduced the song. “After I told him that I was Chinese, he backed away from me. Eloise and I wrote this song based on that experience.”