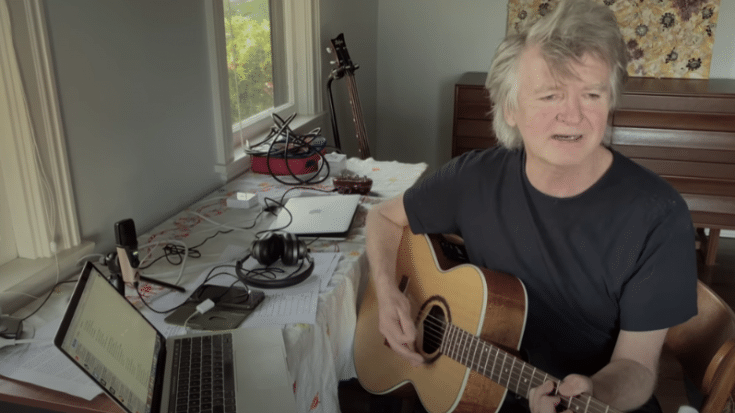 In 2018, Buckingham was famously fired from the band and replaced by Finn and Mike Campbell. A few months ago, Mick Fleetwood revealed that he’s now on speaking terms with Buckingham and is open to the possibility of reuniting with him. Speaking about it, Finn said that he’d “be delighted for them if they reconcile”.

“I would gladly step aside to allow that to happen,” he continued. “I’m not entering the arena in terms of whether that is possible. But I’m really happy that Mick has crossed some bridges with Lindsey.”

“I know that had to happen at some point,” he added. “I know it’s not as simple as that. But look, if it served Fleetwood Mac and its best interests, I would be delighted for them. I wouldn’t lay any claim or put any obstacles in front of them.”

Finn also recalled the time Mick Fleetwood called him up and offered for him to join Fleetwood Mac. He said he was “pretty shocked” at the offer. Prior to that call, he already hung out with Fleetwood a few times so Finn though it was “a very unexpected development” but for him, “It was an honor to be asked.”

At first, he wasn’t sure it was a good idea but his kids and wife Sharon helped convince him to give it a go.