Vinnie Paul Not Shown In Grammy’s ‘In Memoriam’ Segment 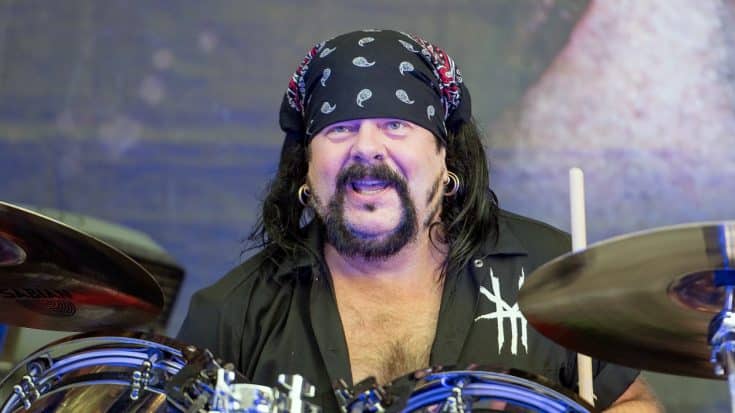 What A Damn Shame…

To the surprise of literally no one, this past Sunday’s Grammy Awards ceremony did rock & roll/heavy metal absolutely no favors. From only one rock & roll act performing (Red Hot Chili Peppers) to no rock awards being televised, rock/metal music was simply once again shafted, as it’s always been.

However, this past Sunday’s ceremony saw maybe the biggest snub yet and us fans are sharpening their pitchforks, and rightfully so…

Every year, the Grammys dedicate a segment of airtime to remembering artists that had passed away the previous year making it one of the longest lasting traditions in the award ceremony’s history. A long list of artists and producers were included in the list, legendary drummer Vinnie Paul of Pantera, who passed away in June of last year, was not.

Much to the dismay of fans, this omission was nothing short of an intentional snub as any music academy worth their salt would be MORE than aware of Vinnie’s contribution to rock and metal music and drummers all over the world.

Honestly at this point, I’m not even sure why certain rock and metal artists consider the Grammys to be like this be-all end-all award show that’s like the pinnacle of their careers. If I were an artists, I just wouldn’t even give them the time of day.

Rock & roll and heavy metal have been snubbed for years now and it obviously doesn’t seem like it’s going to get any better. So thanks for nothing, Grammys.