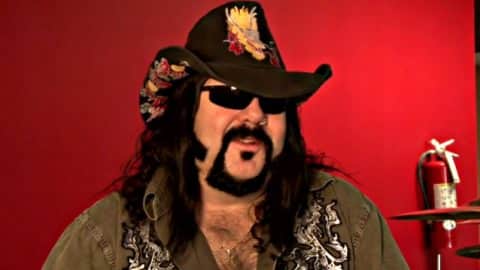 We are heartbroken beyond belief to report that Vinnie Paul Abbott, legendary drummer for Pantera, Damageplan and HellYeah, has died at the age of 54. The tragic news came from a representative of the late drummer, who broke the news to Billboard just under an hour ago.

A short time later, the official Facebook page for Pantera published a short statement confirming Abbott’s death and the family’s wish for privacy.

”Vincent Paul Abbott aka Vinnie Paul has passed away.

Paul is best known for his work as the drummer in the bands Pantera and Hellyeah. No further details are available at this time. The family requests you please respect their privacy during this time.”

Abbott’s death has hit the metal and rock communities like a freight train, coming as a heartbreaking shock as fans and friends struggle with having lost not one, but two members of one of metal’s most loved families. In 2004, Abbott’s younger brother “Dimebag” Darrell Abbott was tragically gunned down during a Damageplan performance in Ohio. The 2016 death of rising star Christina Grimmie hit close to home for Vinnie Paul, who was quick to notice the eerie similarities in Grimmie’s sudden, violent death at the hands of an obsessed fan, and his brother’s more than a decade earlier. Vinnie Paul’s cause of death is not yet known. This is a developing story, we’ll update as more information comes in so be sure to stay tuned to Society of Rock.