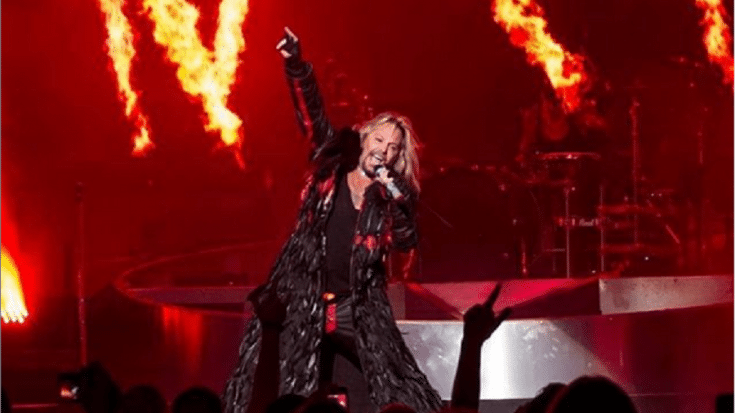 The lead vocalist of Motley Crue, Vince Neil, recently had an interview wherein he clarified and emphasized that they are not planning to record anymore and that they are focused on meeting their fans on tours.

Looking back in 2014, the band announced that they will be retiring as a band with a farewell tour after they’ve agreed and signed the “Cessation of Touring Agreement,” a legal document that would prohibit them to have tours beyond 2015.

Despite the agreement, the band started hitting the road again for the Stadium Tour this year with Def Leppard. Seeing them on stage performing delighted their fans. However, Neil recently stated in an interview that Mötley Crüe is solely a “touring band.” The singer clarified that they do not have plans to enter the studio, saying:

“We are strictly a touring band. When you see this show at Allegiant, you’ll see why. You’re going to see something that’s unbelievable, lights and lasers, three dancers. There are a lot of cool special effects and a cool band putting on a rock show.”

After their successful 2022 Stadium tour, Mötley Crüe will be hitting the road in 2023 to tour internationally this time with Def Leppard. After completing their Mexico and South America shows, the band will perform in European stadiums next summer before returning to the US in 2024.