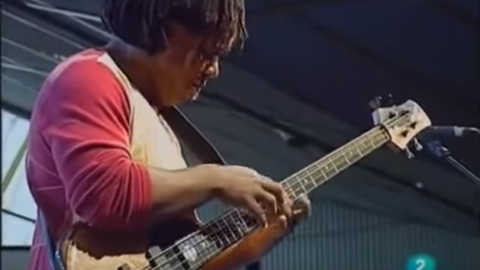 Teach Us Your Ways, Master

As if five Grammy awards aren’t enough, Victor Wooten also managed to land in number 10 of Rolling Stone magazine’s Top 10 Bassists Of All Time. Aside from a successful solo career and unforgettable collaborations, he has somehow managed to squeeze in writing a novel called “The Music Lesson: A Spiritual Search for Growth Through Music”. On top of all that, Victor also owns a record label Vix Records.

This live performance gives me some kind of mixed feelings. For one, it makes me mighty glad that I lived in the same era as him. Second, I find it a bit disheartening that I can never play like him, not by a long shot. So if my future grandkids ask why I don’t play bass, I only have to show them this video. LOL. Can we give him a slow clap? Because this is too awesome!