Veteran Serenades His Friend With A Medley Of Classic Rock Songs That’ll Have You In Stitches! 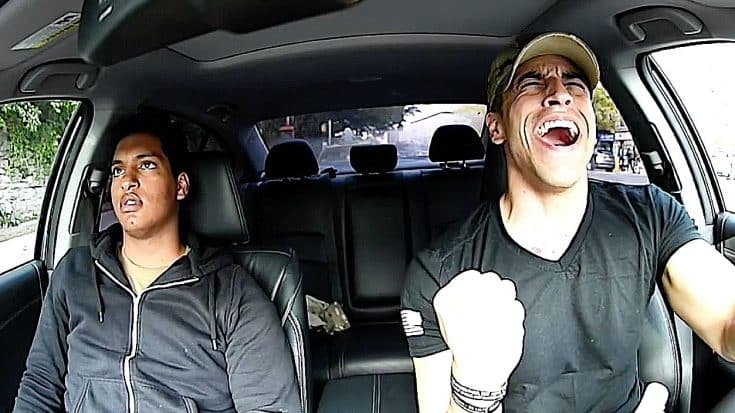 Someone Get This Guy A Band!

Let’s be honest, if you’re driving with your friend and you feel like belting out some oldies, there’s no better route to take than to sing some good ol’ classic rock songs. That’s exactly what Drew Hernandez here did with his buddy while in the car. And let’s be honest again, if you’re gonna sing some classic rock tunes, you HAVE to go overboard with it. There’s just no other way..

Then again, your friend may not be completely into that kind of thing, especially when your friend isn’t particularly a fan of that kind of music. Your friend will most likely have a disgusted face the whole time and will just be dying to get out of the car. That being said, that’s what makes it all the more funny!

What you’re about to watch is a video where the aforementioned Drew Hernandez sings a hilarious medley of classic rock songs  to his buddy that’ll have you laughing for days.

To put it simply, this guy wins the internet for the day! See for yourself!