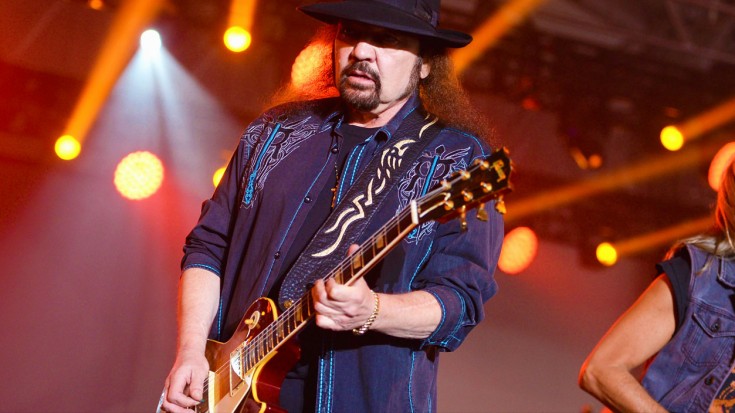 Earlier this week, Southern rock legends Lynyrd Skynyrd announced the cancellation of Tuesday night’s show at Artpark in Lewiston, New York due to veteran guitarist Gary Rossington suffering from chest pains that required immediate medical attention. The band remained silent in the wake of the announcement, no doubt giving Gary and his family some much needed privacy until a statement was released yesterday, announcing that Lynyrd Skynyrd would unfortunately be ‘canceling or rescheduling’ the next two weeks of tour dates as Gary recovers from heart surgery to repair blockages in his arteries.

Rossington, 64, suffered a massive heart attack last October and underwent surgery to add and repair previously inserted stents after undergoing a quintuple bypass back in 2003, making this week’s complaint of chest pains something not to be taken lightly. Currently recovering at home and basking in the love of his family, Gary hopes to be back on his feet and on the road with Lynyrd Skynyrd in time to resume the band’s tour with Peter Frampton, slated to pick up again August 4th in Woodlands, Texas but as always, our first and only concern is for Gary’s health and well being. We wish one of our favorite rock legends a full and speedy recovery, and we hope to see him back onstage in the very near future!