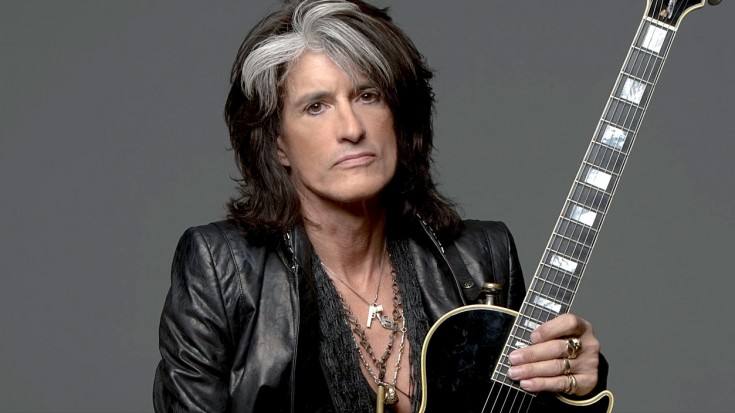 Two weeks after he scared the rock world by collapsing just moments into his set with the Hollywood Vampires, Aerosmith guitarist Joe Perry is on the mend – and thankfully, the cause of his collapse isn’t as dire as previously reported by various news outlets. Originally reported as cardiac arrest, Joe’s July 10th health scare stems from dehydration and exhaustion, no doubt the result of touring with the Hollywood Vampires at a breakneck pace that his friend and Aerosmith bandmate Steven Tyler recognized early on as the possible source of the incident.

Perry was released from a New York hospital last week following his onstage collapse during a Hollywood Vampires show and according to sources close to the 65-year-old rock legend, he flew to California where he’s resting comfortably and recovering nicely from his ordeal. He makes his return to the stage TONIGHT with the Hollywood Vampires at Weill Hall in Rohnert Park, California and with only 4 dates left on the band’s tour, fans can’t wait to welcome him back with open arms.