Steve Vai And Two Violinists Put On An Absolute Clinic With This Phenomenal Instrumental! 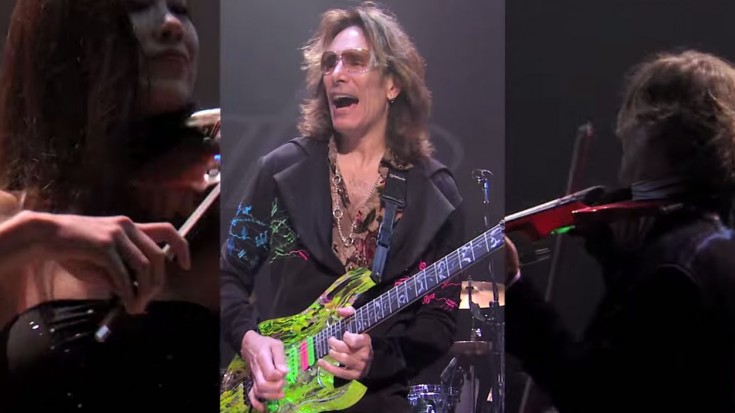 Steve Vai Knows How To Amaze An Audience!

To no one’s surprise, Steve Vai writes and performs groundbreaking music in effortless fashion. He is often imitated, but never duplicated, though some have tried. This master of the 6 String has caught the eye of mainstream press before with his wicked playing and is known for captivating fans and audiences alike.

In late 2009, Steve Vai and his band played a live concert in Minneapolis, Minnesota. The first song they played was a song called ‘Now We Run’. Unlike anything Steve Vai has done before, he introduces two violinists. Alex DePue and Ann Marie Calhoun. The audience is skeptical, but the end result is nothing short of amazing!

These virtuosos of the violin seem as classically presentable as you can be, but they prove that their playing is anything but ordinary! These violinists are perfectly synchronized with everything that Steve Vai is doing. Even when Steve Vai is at his shreddiest, these two don’t break a sweat.

This performance was so good that it was nominated for a Grammy. The pure musicianship in this video speaks for itself. From classically inspired melodies to razor-sharp shredding, this performance is truly one for the history books! See for yourself!