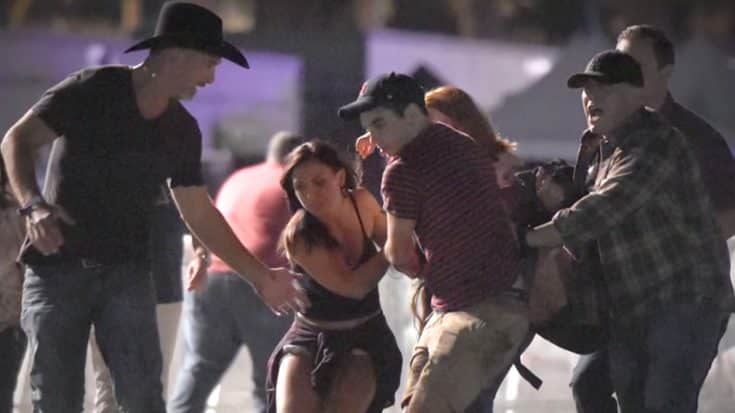 When Tragedy Strikes, Humanity Steps Up

Sunday night’s tragedy in Las Vegas showed us the darkest side of humanity; a side capable of indiscriminately taking the lives of others as they gathered for what should have been a night of fun, music, and friendship. Despite this, something far more powerful broke through as we got to see the absolute best in humanity on full display as brave survivors – ordinary citizens who stood shoulder to shoulder amongst themselves with law enforcement and first responders, determined to do whatever they could to save as many lives as they could. Some commandeered vehicles to ferry survivors to local hospitals, others offered medical attention and until help could arrive; others, tragically, gave their lives.

Social media is abuzz with stories and firsthand accounts of the incredible acts of heroism we saw last night and into this morning, with Twitter users taking special care to highlight the brave souls who despite the danger saw an opportunity to help wherever and however they could and seized it:

This guy is a hero..
Who drops a stranger to the floor and covers their body from gun shots? #PrayingforVegas #Route91Festival #lasvegas pic.twitter.com/kiOP3irALn

Instead of fleeing the scene of the shooting, Marine veteran Taylor Winston drove more than 20 victims to the hospital: pic.twitter.com/MxsfAXRoUD

To the firefighters, paramedics, emt’s, volunteers, and those with feet on the ground doing all they can – thank you. #LasVegas

Jonathan Smith, 30, saved ~30 people last night before he was shot in the neck. He might live w/the bullet for rest of his life. #vegasstrip pic.twitter.com/6hLujXWe51

“A metro officer, who I owe my life to…actually covered me up to protect me from being shot,” Las Vegas shooting witness says. pic.twitter.com/X0KxOqgaKL

Wife of Sonny Melton, Heather Gulish Melton: “He saved my life. He grabbed me and started running when I felt him get shot in the back.” pic.twitter.com/yfdSFdC4rL

Our hearts are with the brave survivors of this horrific tragedy, and with those whose loved ones’ lives were stolen. If you’d like to help the victims of last night’s tragedy, please consider checking out the Las Vegas Victims’ Fund over on GoFundMe – any amount helps, and you can rest assured that your donation will be used to provide relief and financial support to the victims and families of the horrific Las Vegas mass shooting​.