Trivium’s Matt Heafy Turns This Cher Classic Into A Moody Acoustic Jam, And We Cannot Get Enough 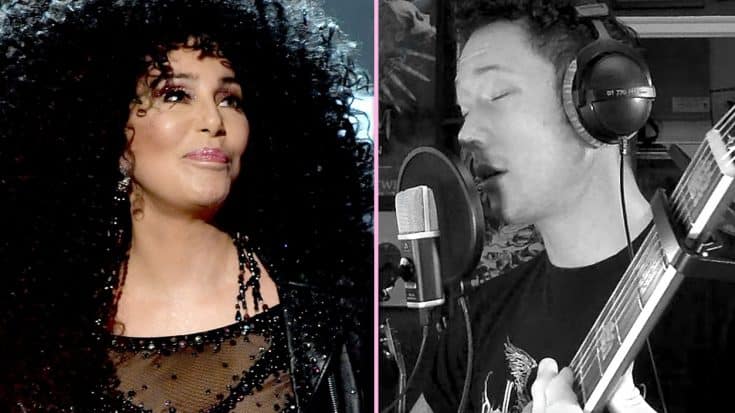 1989 Heart Of Stone Classic Gets New Lease On Life

Cher might not be a fan of her own “If I Could Turn Back Time,” but we are – and so is Trivium lead singer Matt Heafy, who tackled the 1989 megahit in part of a recent string of acoustic covers featured on his YouTube channel. If you’re looking for the bright, crunchy pop sound that catapulted “If I Could Turn Back Time” to the top of the charts, you’re barking up the wrong tree; Heafy transforms it into something dark and moody, full of longing and regret as he masterfully navigates the song’s key and chord changes with only the help of an acoustic guitar and a little double tracking to create the vocal harmony you hear at the chorus.

Fun Fact: While the soft rock track was not specifically written for Cher, the singer initially disliked the song upon hearing a demo and turned it down. Songwriter Diane Warren had to get on her knees and beg, arms wrapped around Cher’s legs until she relented.

This isn’t the first time we’ve heard someone from the metal world conquer pop music, but it’s far and away one of our favorite examples of what a good musician can do with a guitar, a little creativity and a whole lot of curiosity. Check out Matt’s cover of Cher’s 1989 chart topper “If I Could Turn Back Time” in the video below!