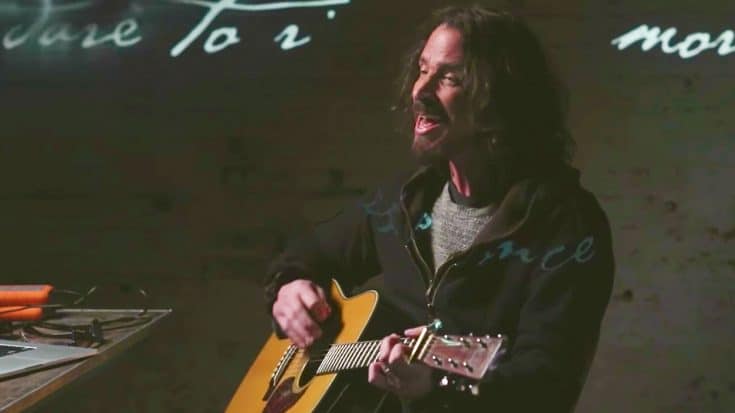 His voice will be missed forever

It’s been a month since the world lost rock legend Chris Cornell. Since then, the music community has been in mourning, and have been paying their respects to the late legend by covering his masterful songs, writing heartfelt letters and sharing amazing stories about the man who had one of the greatest voices in music.

A month after his passing, and his family has finally released the final music video he shot. The video is for what would eventually be his final single, “The Promise,” and was shot including footage of the war in the Middle East. The video pays tribute to refugees, which Cornell advocated for during his life. But out main focus here, is the song. Watching the video and hearing that voice brings a tear to our eyes, because we know that we’ll never hear it again. He was such an amazing talent, and it’s truly heartbreaking that his life had to end so soon.

So, if you’re a Cornell fan, grab a tissue, cause this video is bound to make you shed a tear or few. Check out the video down below and let us know what you think.