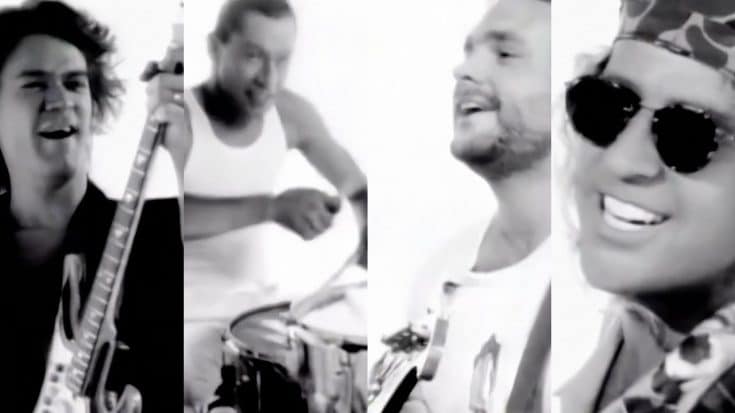 Sammy Hagar first rose to prominence with his band Montrose in the 1970s. After which, he launched a successful career as a solo act. He was still riding high on the success of his massive hit “I Can’t Drive 55” when he got offered the Van Halen gig, as a replacement for David Lee Roth. Over the years, he’s had several projects and endeavors. Let’s take a look at his best songs with Van Halen:

‘Best of Both Worlds’

It was originally released on “5150” – the first Van Halen LP to feature Hagar. It’s a great song that reflected Hagar’s optimism on his future with the band.

‘Finish What Ya Started’

Late guitar legend Eddie Van Halen came up with the riff at 2 in the morning, so he wasted no time in showing it to his then-neighbor Hagar. They played together in the balcony until they completed the track. It was late when EVH left, but Hagar went on to write the lyrics. This is one of two songs where Hagar played a rhythm guitar part.

Van Halen’s first single with Hagar, it featured lead keyboard work from Eddie Van Halen. It was a hit, and it peaked at #3 on the US Billboard Hot 100. However, it wasn’t everyone’s cup of tea and some thought it wasn’t their finest musical moment. We beg to disagree, though.

Although it was released in 1992, EVH said that its roots can be traced back to even before he wrote “Jump”. It dated back to 1983, but it never went anywhere “cause nobody wanted anything to do with it.” According to Hagar, he was busy with lyrics one night when he heard EVH playing the melody in the other room. That was when he realized that “we were writing the same song”. He then went to EVH and sang over his music.

It didn’t crack the top 20, but it was a fan favorite. They played it at most shows that featured Hagar. The Red Rocker once told Rolling Stone magazine that this was one of his favorite Van Halen tracks. EVH’s son Wolfgang also called this the definitive song of the Hagar era.