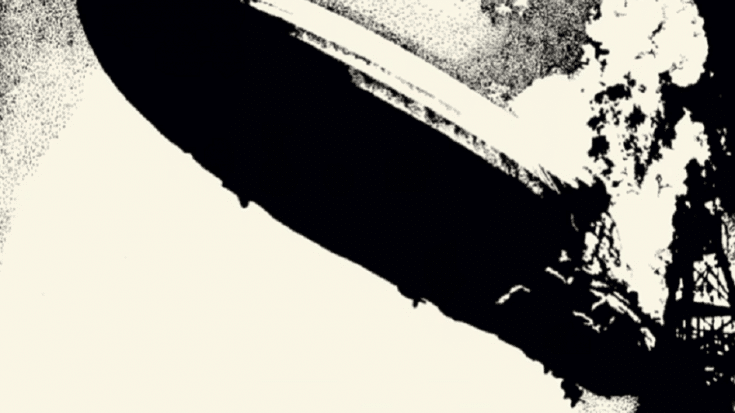 An eponymous album always stands out in an artist’s catalogue because well, it’s a pretty bold move. So let’s revisit the greatest self-titled LPs in rock:

Led Zeppelin dropped their first two records in 1969 and it was clear from the get-go that they weren’t playing around. Recorded not long after their formation, they proved they were already a tight musical unit with their debut LP. Guitarist and founder Jimmy Page paid for the recording sessions which took a total of 36 hours. While critics weren’t too crazy about their brand of hard rock, their album was a commercial success, immediately putting them on the map.

For other bands, they would’ve been hard-pressed to follow-up the epic masterpiece Sgt. Pepper’s Lonely Hearts Club Band but The Beatles proved they were far from being creatively spent with the release of their self-titled record also known as the White Album. The double LP isn’t perfect but it features some of their greatest and most enduring songs like Blackbird and Helter Skelter.

One of the most stunning debut albums of all time, The Clash arrived into the rock ‘n roll scene with a bang. It brilliantly captured their raw energy and attitude. The songs achieved classic status and the album itself became an important record in the punk genre.

The golden era of rock kicked off with Black Sabbath’s self-titled album that became one of the most influential albums in heavy metal. It’s dark and hard-hitting from start to end and while the band would go on and make more spectacular records, they already made their mark in the genre with this.

Although it was a commercial failure and were largely ignored by critics when it was first released, it influenced several subgenres of rock. Musician Brian Eno summed it best when he said that “everyone who bought one of those 30,000 copies started a band!”

The Smiths rose to prominence with the release of this album – it peaked at #2 on the UK Albums Chart and charted for 33 weeks. It also helped propel the band to international fame.

Recorded in seven days, it perfectly captured the band’s musical style and ethos. From the album cover to the songs, it’s an iconic record that had major impact and influence on grunge and heavy metal.

It’s Metallica’s best-selling album that spawned five singles – “Enter Sandman”, “The Unforgiven”, “Nothing Else Matters”, “Wherever I May Roam”, and “Sad but True”. These five also became some of their best known songs and are fan favorites at their concerts too.

1967 saw the emergence of several rock acts who would go on to become legends – one of which is The Doors. With the help of their breakthrough single Light My Fire, it wasn’t long before they achieved popularity – thanks in part to frontman Jim Morrison and his poetic genius.

Undoubtedly one of the greatest albums of all time, it has sold more than four million copies worldwide. Released in 1989, it heavily influenced rock music of the next decade.