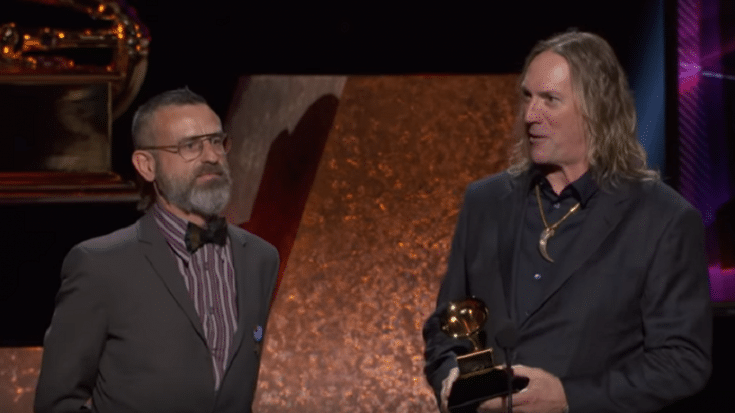 Check Out The Video Below

At the recently concluded 62nd Annual Grammy Awards held on Sunday, January 26 at the Staples Center in Los Angeles, Tool bagged the Best Metal Performance for the song “7empest” from their latest studio effort, Fear Inoculum. Although Maynard James Keenan and Adam Jones were not present to accept their gramophone, Justin Chancellor and Danny Carey were both in attendance.

Carey said in his acceptance speech, “Wow! It kind of renews my faith in humankind that there’s long attention spans left out there that can listen to a 12-minute song. I’d like to thank all the Gods, ’cause I don’t think it’s a good time to piss any of them off. My bandmates Justin, Adam and Maynard, who I couldn’t do anything without. And my mom for educating me and over a thousand other people. My lovely mother of my children — about-to-be children; just a child right now. This is for you also, baby.”

Carey also paid tribute to some of his major influences including the late legendary sticksman Neil Peart. Carey told the audience, “As artists, we’re all influenced by people who come before us, and for me, it’s all the great drum gods. Namely John Bonham, Tony Williams, and recently, my good friend Neil Peart. This is for all of you guys.”