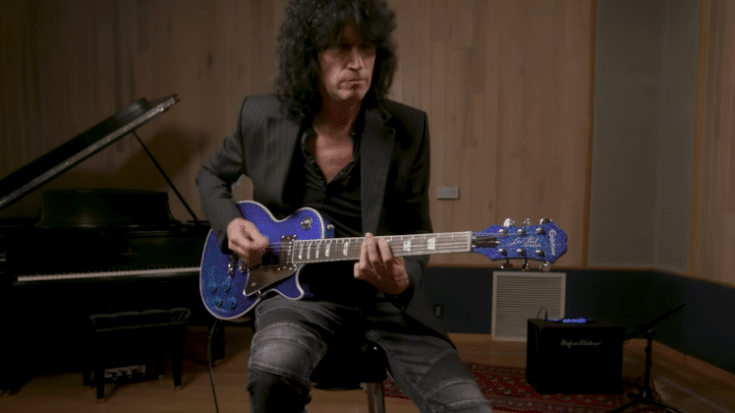 KISS members have been sharing their retirement plans once their End of the Road tour wraps up. Recently, guitarist Tommy Thayer also revealed what he is going to do with his music career.

In a new interview with Vinyl Writer Music (as tipped by Ultimate Classic Rock), Thayer shared:

Thayer is a member of Black N’ Blue and appeared on four studio albums between 1984-1988. He then became a contributor to KISS’ music in 1989, co-writing and playing electro acoustic guitar on two Hot in the Shade tracks.

He’d continue assisting on their releases, but didn’t become an official member of KISS until 2002 when he took over the Spaceman role originated by Ace Frehley.

Late last year, when asked about his legacy in KISS, the rocker told Guitar World:

“I don’t know if many people realize this, but I’ve been the lead guitarist in KISS longer than any other KISS guitar player. But I will always be known as ‘the new guy,’ though — no matter what happens. I’m the Ronnie Wood of KISS.

“My legacy will be a guy who came in, worked hard and was the glue that kept the band together for a long period of time. I think the kind of character and personality that I have is that of a team player, and somebody who can bring people together and bind things together.”

KISS have recently resumed their End of the Road farewell tour on June 1 in Dortmund, Germany. It will run through July 21 and is expected to wrap up next year.