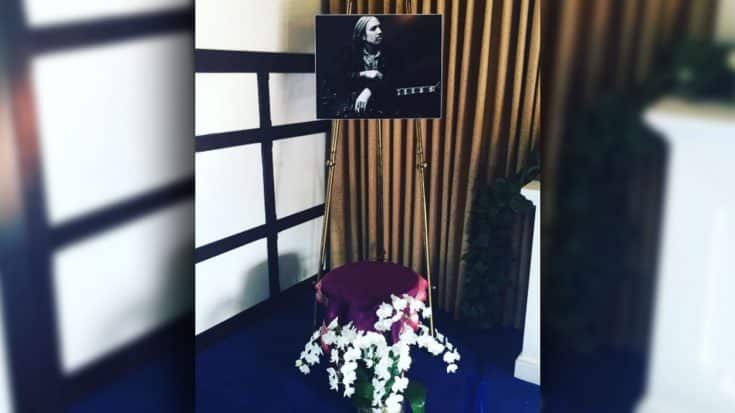 One of rock’s greatest chapters came to a close yesterday as rock legend Tom Petty was laid to rest in Pacific Palisades, California. Petty, who died on October 2nd after going into cardiac arrest at the age of 66, was celebrated in a private ceremony by friends and family who turned out at the Self-Realization Fellowship Lake Shrine; who spoke at the service and who was in attendance are both unknown as it was a private service that found the Self-Realization Fellowship Lake Shrine closed to the public, but we have some insight into the day after Tom’s daughter, AnnaKim Violette, captured several moments from the day on camera and graciously shared them to Instagram in a series of fiercely powerful posts.

Much like the snapshots she posted in the hours leading up to and directly after her father’s death, AnnaKim’s photos of her father’s private service are both heartbreaking and exquisitely tasteful, chronicling the weight of the day in photos of she and her sister, Adria, of herself hugging photos of Tom, of the venue itself – which famously hosted the funeral for late Beatle and Petty’s Traveling Wilburys bandmate, George Harrison, in 2001.

He will be forever missed, and while we love the music he left behind, the greatest part of him lives on through his children. Rest in peace, Tom.