Three Friends Cover AC/DC’s ‘Back And Black,’ And The Singer’s Voice Will Blow You Away! 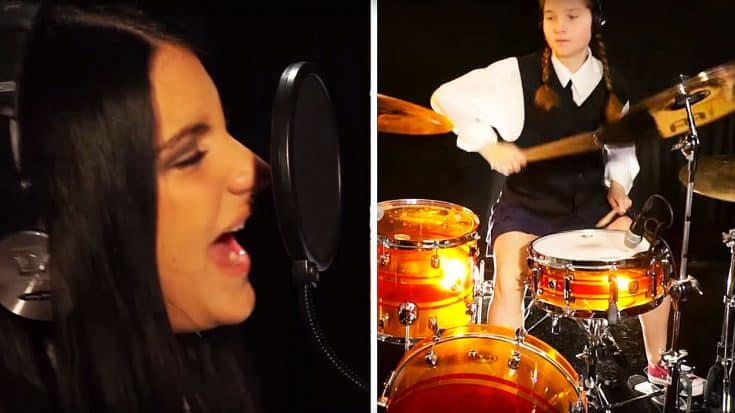 Her voice is next level!

AC/DC’s “Back In Black” was a landmark in rock n’ roll history. Following the death of original lead singer Bon Scott, AC/DC brought in Brian Johnson, and opened their first album with him, with a title track that became a rock n’ roll staple.

Over the years, “Back In Black” has become an incredibly common song for people to cover. One of the better covers we’ve dug up of the song is a collaborative cover between YouTubers Sina, Lucy Gowen and Victoria K. Sina plays the drums on the cover, while Lucy handles the guitars and bass parts, and Victoria sings. They all mix incredibly well together, and flawlessly cover the song, but the highlight of the cover is Victoria’s vocals. Her voice is incredible for her young age, and it’s guaranteed to make your jaw hit the floor! The style is a little bit different than Brian Johnson’s, but if you picture Ann Wilson from Heart covering the song, that’s basically what you get with this cover!

Fun Fact: This was released five months after lead singer Bon Scott died. The song is a tribute to Scott, and the lyrics, “Forget the hearse ’cause I never die” imply that he will live on forever through his music. With Brian Johnson on lead vocals, the Back In Black album proved that AC/DC could indeed carry on without Scott.