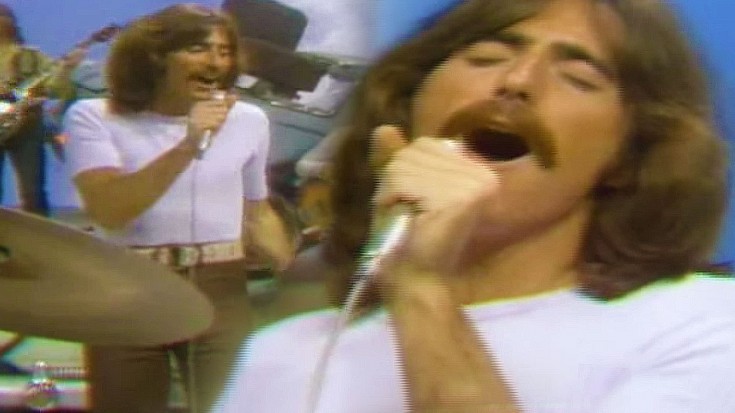 You’d Have To Be Heartless To Not Love This One

Featured on Three Dog Night’s 1969 album Suitable For Framing, ‘Easy To Be Hard’ was part of the vast and varied soundtrack to the summer of 1969, with its dreamlike quality and deeply introspective lyrics questioning humanity’s tendency to turn a blind eye to those in need. ‘Easy To Be Hard’ boasts the flawless three part harmonies characteristic of Three Dog Night, but it’s singer Chuck Negron who shines on the song’s lead vocals – especially in this footage.

Enshrouded in smog, Negron watches as a junkyard full of conservative sedans boasting bumper stickers with slogans like “America: Love It Or Leave It” and “Support Your Local Police” take turns ramming into a psychedelically painted car with one lone sticker bearing the words “Make Love Not War.” As he watches, he delivers a stunning vocal performance in ‘Easy To Be Hard’ that’s indicative of a man desperate to understand why the haves are so content to abuse the have nots.

Fun Fact: ‘Easy To Be Hard’ is featured in both the stage and film adaptations of 60’s counterculture rock musical Hair.

With almost pained glances at the camera in between verses, Chuck makes it nearly impossible to turn away and ignore his powerhouse vocal performance; whether it’s art imitating life, life imitating art, or just an artist wanting to hold us accountable while bearing his soul to us, Three Dog Night’s ‘Easy To Be Hard’ is far and away one of music’s most powerful statements on a world gone mad.