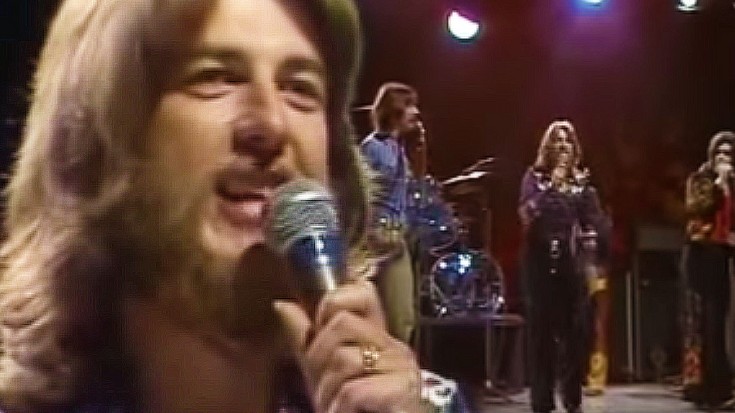 “Want Some Whiskey In Your Water?”

Written by Randy Newman in 1967 for Eric Burdon’s first solo album, ‘Mama Told Me (Not To Come)’ got a new lease on life when in 1970, Three Dog Night put a rock and roll, funk inspired spin on it. Singer Cory Wells, supported by bandmates Chuck Negron and Danny Hutton, takes the lead for an impressive vocal performance that put the band on the map, giving them a #1 debut on the Billboard Hot 100 charts for 1970, and it’s in this 1970 performance that Wells’ brand of blue eyed soul absolutely shines! As a rule, Three Dog Night made a point of having a great time onstage, often making themselves and each other laugh – and this performance is no different.

In between wildly impressive vocal runs, Cory speaks the lyrics to ‘Mama Told Me (Not To Come)’ almost like they’re part of a story about the craziest night of his life; Hutton and Negron function more as Supremes-style backup singers, occasionally striking a ridiculous pose or two before launching into falsetto voices mimicking the mother of the song’s narrator.

Fun Fact: Cory Wells, who sang lead on this track, was the Three Dog Night band member who pushed to record it.

All in all, Three Dog Night’s performance of ‘Mama Told Me (Not To Come)’ that night was definitely one of their best; they were one of the few bands who managed to sound as amazing live as they did in the studio, and still have a great time doing it!