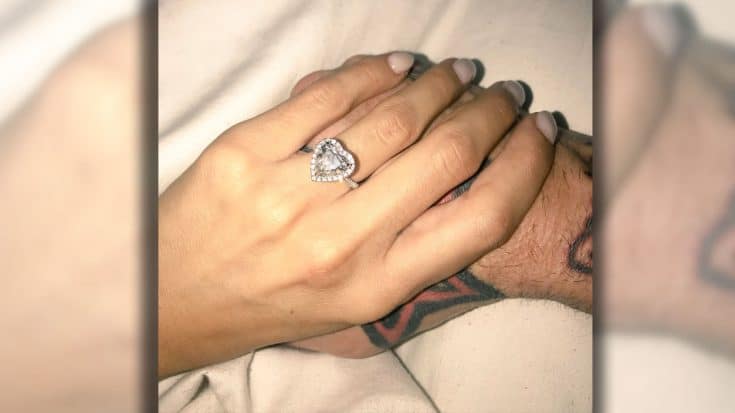 I don’t know how you spent your Valentine’s Day, but it’s pretty safe to say that ex-Mötley Crüe drummer Tommy Lee had the best day ever. The 55-year-old rocker is happily and officially engaged to social media funny lady Brittany Furlan after presenting the 31-year-old with a gigantic heart shaped rock that dominated the pair’s social media accounts.

Lee shared the happy news via Instagram, introducing Furlan as “future Mrs. Lee” to the delight of the nearly 30,000 fans who stopped by to ‘like’ the photo.

Best day of my life!!!! I can’t wait to get to spend forever with my best friend ❤️ #engaged ? pic.twitter.com/b8FSbF9eBS

Unfortunately, their 24 year age difference brought out people who asked some pretty harsh and inappropriate questions:

I seriously thought that old dude was your dad

forever hes 30 years older than you

girl went from a photographer to director to [old] musician. $$$$ got her eyes on the prize

People Magazine reports that Furlan and Lee sparked dating rumors back in 2017 when they were spotted out and about in Calabasas, California. They kept it quiet, but before long it became apparent that the pair were, indeed, quite serious.

This marks the fourth marriage for Lee, and the first for Furlan; Lee was previously married to Elaine Starchuk, Heather Locklear, and Pamela Anderson, with whom he shares sons Brandon, 21, and Dylan, 20. Congratulations to the happy couple – we’re so excited to see what the future brings for the future Mr. and Mrs. Lee!