This Man’s Hilarious Reaction To Metallica’s Brand New Song Will Put The Biggest Smile On Your Face! 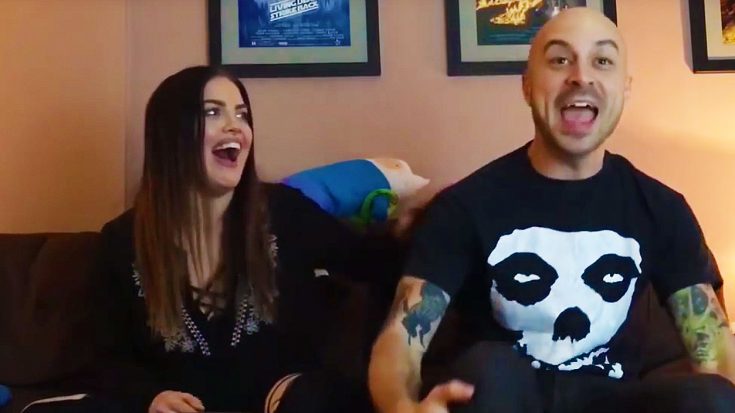 I was laughing the entire video!

Metallica’s brand new album has been a pretty big hit amongst fans! Metal heads across the world are pleased that the band kind of went back to their roots and reinvented themselves back to their original sound!

A common fan favorite off of the brand new record is the song “Spit Out The Bone.” The song closes out the record as the final track, and sounds unbelievably like a song off of Death Magnetic, or a song off of an album from the 8o’s. It straight-up sounds like old school Metallica and is a breath of fresh air and is easily the best song off of Hardwired…to Self-Destruct. A lot of fans had some great reactions to hearing this song for the first time, but this man’s reaction has to top them all!

When this guy plays the song for the first time, he loses his mind! He claims the song was incredibly overhyped by his family and friends, but at the end of the video, he is relieved to reveal the song exceeded his expectations and the hype. It’s such a great reaction and will have you laughing the entire video!

Fun Fact: Colombian radio station Radioacktiva asked vocalist James Hetfield whether the “Hardwired… To Self-Destruct” title was inspired by how people are connected to each other through mobile devices and how everyone is becoming more dependent on technology.

Check out this guy’s reaction down below, and have a good laugh! Let us know what you think!