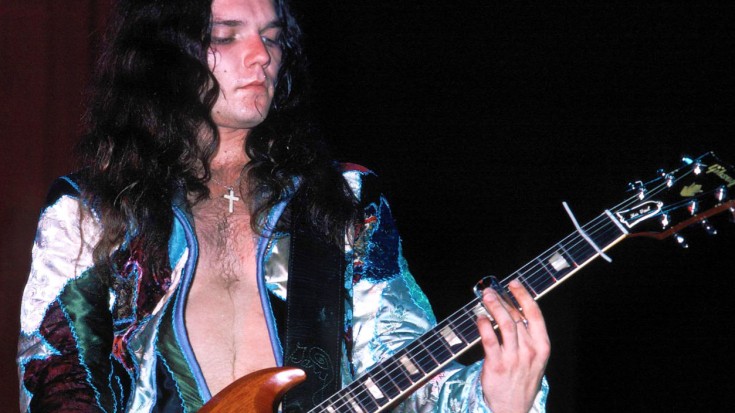 It’s no secret that the guys in Lynyrd Skynyrd are baseball fans – in fact, the band even began on a baseball diamond when Ronnie Van Zant hit a line drive that knocked drummer Bob Burns out! While we know that Ronnie once had aspirations of joining the big leagues one day, he wasn’t the only one – so did guitarist Gary Rossington and as Ronnie told it, Gary had an amazing arm and was quite a force to be reckoned with on the baseball field.

Until the day he officially called ‘game over’ on his dreams of one day taking that amazing throwing arm and joining the New York Yankees. Gary, a huge fan of famed Yankee slugger Mickey Mantle, revealed in a 2010 interview with Planet Jackson Hole that like Ronnie, he, too sidelined any dreams of playing pro ball when he first heard The Beatles.

“Way back when, we were just playing baseball in Little League,” Rossington says.

“And after we heard the Beatles, that was it. We decided to start up a band like millions of people did.”

And the rest, as they say, is history. Suddenly, the young man with dreams of one day joining the MLB Hall of Fame found himself trading baseball gear for guitars, home runs for hometown gigs and dreams of sharing a spot in the MLB Hall of Fame with the reality of a spot in the Rock And Roll Hall of Fame. While we wonder what would have become of Gary’s career as a baseball player would have looked like, we just can’t imagine Southern rock history or Lynyrd Skynyrd without him in it!