This Kid’s Cover Of Rush’s “Spirit Of The Radio” Is One Of The Best We’ve Ever Seen! 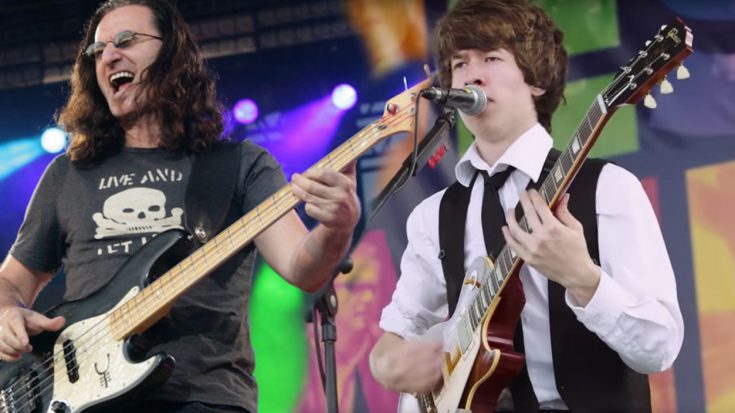 This Kid is going places!

Without a doubt, Rush are the most technical band in music history! The Canadian trio’s songs are complex musically and lyrically, and are some of the hardest songs to cover and duplicate.

However, there are some people out there who have just enough skill and talent to come close to matching the “Holy trio.” Take for example this kid, 16-year old Christian Vegh. Like Rush, Vegh is from Canada, and was performing at the Windsor Blues Festival. To close out his set, Vegh stepped up to the plate and took on Rush’s spirit of the radio. His cover was near perfection, as he did an amazing job shredding the guitar part, and his voice matched up very closely to the great Geddy Lee! Although the crowd seemed a little dead during the performance, when the song finished not an audience member was left in their seat! They gave him a well-deserved standing ovation.

Check out Christian’s awesome cover down below, and show him some love by checking out his other videos and subscribing to his YouTube page!