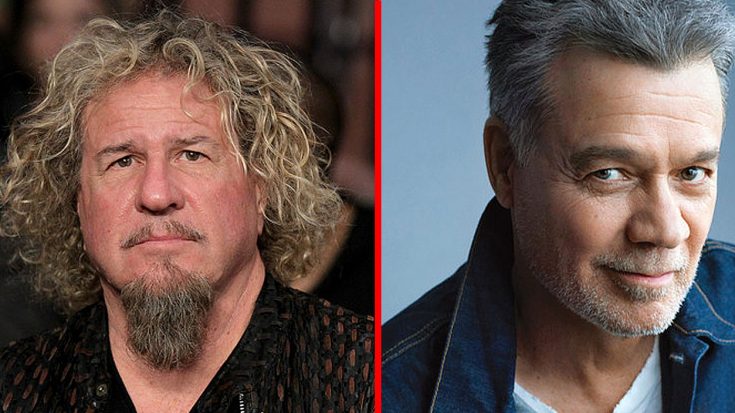 Things Are Looking Gloomy Between Sammy And The Van Halen Bros!

Now, just incase you’re a little behind on the whole Van Halen history, I’ll catch you up to speed real quick. Van Halen are an awesome band that hasn’t always had the best luck with singers. That’s basically all you need to know. Anyway, Van Halen has since made piece with their first singer David Lee Roth and have even toured from time to time together. Their second singer, Sammy Hagar, on the other hand, not so much, but let it be known that he is not to blame.

In a recent interview, Sammy Hagar had this to say: “I’ve done a few things to reach out and be friends, but you know, they probably take it wrong, they probably think, ‘Oh, yeah, he’s trying to get back in the band.’ I don’t know what those guys think.”

Sammy Hagar also followed up by saying: “I’m in a good place. I don’t want to be miserable and I don’t wanna be arguing with guys and all that stuff ever again in my life. So I’d rather kind of just leave it alone, unless it was on a friendly level, because if we’re friends, then okay. I’ll do anything with my friends. You wanna go to the beach? You wanna go to the freakin’ North Pole? Whatever you wanna do, I’m in, but not for business and get together and do a tour and be fighting. I will not do that ever again for any reason.”

What do you think of this whole situation? Would you like to see Sammy Hagar and Van Halen put aside their differences and tour one more time, or are the two just better left apart? Let us know what YOU think in the comments below!