This Kid Would Become One Of The Greatest Guitarists EVER– Who Is It? 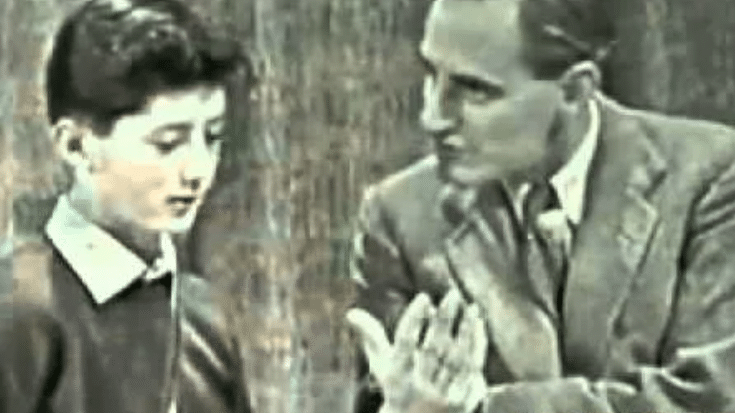 Looking at this old clip, it makes you wonder if anyone in that studio ever thought Jimmy Page would be one of the most iconic guitar players in the history of rock ‘n roll. They were in the BBC TV’s Huw Wheldon Show performing “Mama Don’t Want To Skiffle Anymore”. This was taken in 1957 and well, he looked so shy and ridiculously adorable.

“When you’ve had a whole lifetime full of music, there are certain things that sort of come up and haunt you, and that is one of them… but it’s got a charm about it.” – Jimmy Page on his 1957 TV appearance

It’s sad that his hopes and dreams of becoming a biological researcher have never been fulfilled but then again, if he took that route, the world wouldn’t know about his music. He may not have helped find the cure for cancer but he made a mark not just in rock ‘n roll but in guitar playing too. He’s innovative, revolutionary and creative. And let’s face it, everything seems better when you plug in some classic Led Zeppelin.

“You wanted to get in there and make the thing explode. You put all the chemicals together and it explodes out of the speakers. The word is chemistry, or alchemy.”– Jimmy Page

Even at a young age, he’s always had that rockstar aura. He had some serious guitar chops too – look closely and it’s easy to imagine him making it big someday. And not only did he pursue his passion, he also managed to immortalize himself in the rock ‘n roll universe.

We can’t help but think though, what if he said he wanted to be the one of the greatest guitarists of all time? And then he could simply say “SEE I TOLD YOU SO!” That would clearly be epic!