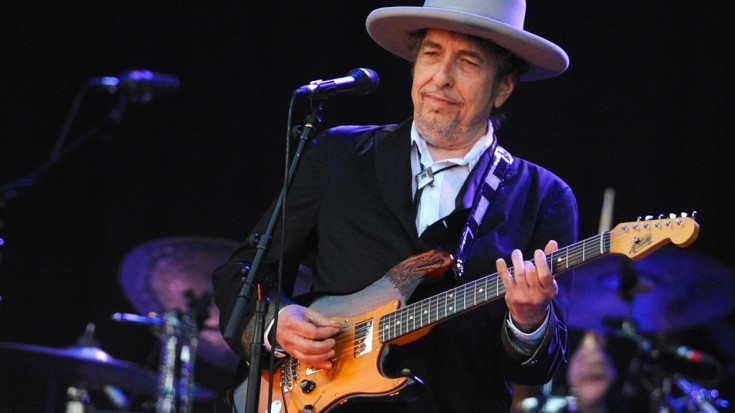 We know, we know – yelling “Free Bird” at concerts is the oldest gag in the book, and you’re more likely to be thrown out or chastised by your favorite band than hear them actually take you up on your request. Surprisingly, it worked out for a lucky Bob Dylan fan who jokingly shouted requests for the Lynyrd Skynyrd classic early in Dylan’s show at Berkeley’s Greek Theater.

Not only did Bob see the humor in it, but after decades of hearing fans shout their requests for the song night after night, he and his band were ready – this time they had rehearsed “Free Bird” beforehand, surprising the crowd when they worked it into “Love Sick,” the last song of the night.

Someone yelled, “Free Bird!” and Bob Dylan was up for the challenge: https://t.co/J7AEwuphwQ pic.twitter.com/HNvQD74unF

Running at just under a minute long, the clip you’re about to see features Dylan standing casually in the center of the stage while his backing band performs the much loved extended jam portion of “Free Bird,” capping off an evening filled with Dylan-esque takes on Frank Sinatra classics from his latest album Fallen Angels with an ending fit for any devout rock fan.

It’s a difficult thing, tackling a band like Lynyrd Skynyrd, especially when you’re up against possibly one of the most loved songs in the classic rock pantheon but we love Bob’s courage and sense of humor – I mean after all, how many bands come prepared when their fans yell “Free Bird”?