This Is Stevie Nicks’ Biggest Regret, And Honestly…We Don’t Blame Her 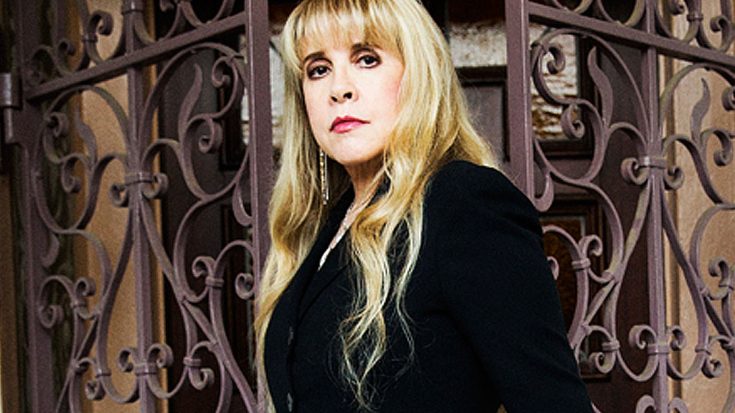 We can all agree that Fleetwood Mac, for a good long while, was a mess. A mess that consistently put on fantastic shows around the world and secured one of the top selling albums in history with Rumours, but a mess nonetheless. Stevie Nicks can attest to the self created drama that followed the band well into the 1990s, and when asked recently if she ever longs for the wild, freewheeling years between 1975 and 1990, the answer is always a firm, “No.”

Sure, they were fun years – cocaine as far as the eye could see, insane tour riders and success beyond her wildest dreams – but when they weren’t fun, they were terrible. At 68, Stevie no longer longs for the insanity of those years; in fact, she’s learned quite a few lessons from those years.

“I walk onstage every night now and do a three-hour show with Fleetwood Mac, and I have a great time up there.

I wish I had known that I actually had the energy to do this entire set totally sober and get just as excited,” revealed Stevie in an interview with the Seattle Times.

Whether it was nerves or fear of it all crashing down around her if she failed to be her usual energetic, electrifying self onstage, we’ll never know – but we do know that Stevie’s biggest regret from those days comes from one cataclysmic event in her own life: her first line of coke.

Going back to her realization that she could tackle a 3 hour set stone sober and have the same amount of fun (if not more), Stevie laments her decision to even get involved with the drug. “On one hand, that makes me feel great and on the other it makes me sad that I ever did my first line of coke.”