10 Years Ago: Van Halen Welcomes A Very Special Member Into The Band… 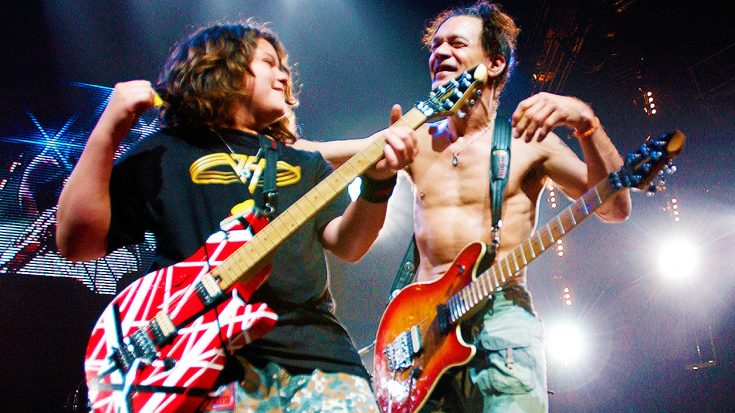 Van Halen was started by brothers: guitarist Eddie Van Halen and drummer Alex Van Halen. Over the years, some of the band members have come and gone, but one thing has remained consistent: Alex and Eddie.

So when the band needed a replacement for bassist Michael Anthony for the band’s reunion in 2006, instead of looking for some random bass player, Eddie decided to keep it in the family. The band replaced Michael with Eddie’s 15 year old son Wolfgang Van Halen. Wolfie quickly fit in perfectly with the band, and actually turned out to be a hell of a bass player! His success prompted the band to name him a full time member. Many people were split on the decision, as Michael was a fan favorite, and his departure had some outside drama. But all in all, people embraced Wolfie!

“Wolfgang breathes new life into what we’re doing. He brings youthfulness to something that’s inherently youthful. He’s only been playing bass for three months, but it’s spooky. He’s locked tight and puts an incredible spin on our s—. The kid is kicking my ass! He’s spanking me now, even though I never spanked him. To have my son follow in my footsteps on his own, without me pushing him into it, is the greatest feeling in the world.”- Eddie said in 2006.

It’s hard to believe that it’s been 10 years since Wolfie joined Van Halen, but we’re happy he did! Rumor has it, he’s in the process of working on a solo album, which should be interesting! In the end, it was a great decision by Alex and Eddie to keep it in the family!