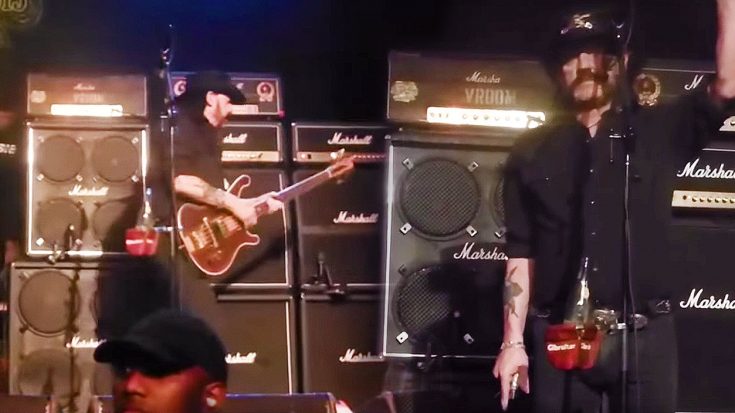 A true rocker til’ the very end

The late and great Lemmy Kilminster of Motörhead was the epitome of a rock star. He had the voice, the look, the lifestyle, and made some great music that everyone appreciated. But toward the end of his life, when he started to get very sick, Lemmy had a difficult time laying shows. This footage is from one of Lemmy’s shows in September of last year, about three months prior to his death. Lemmy was feeling extremely ill that night, but was still determined to get up on stage and give the fans 100%.

Three songs into the set, however, Lemmy was forced to stop the show and was unable to finish the concert. He returned out on stage and apologized to the audience, who were extremely supportive and understanding. In the video, you can hear fans talking about how sick he looked, and that he looked like he was about to fall over or pass out. After he apologized and announced he was unable to carry on, the crowd started chanting, “Lemmy! Lemmy! Lemmy!…” This is a rough video to watch because you can tell how badly Lemmy wanted to play and carry out the show, but so devastated when he realized it wasn’t in his best interest. Lemmy is a legend, and a true rock n’ roller who is dearly missed every day.

Check out the video down below, and pay respects to one of the greats! We miss you, Lemmy!