This Duo’s “Midnight Rider” Cover Will Make Your Entire Day 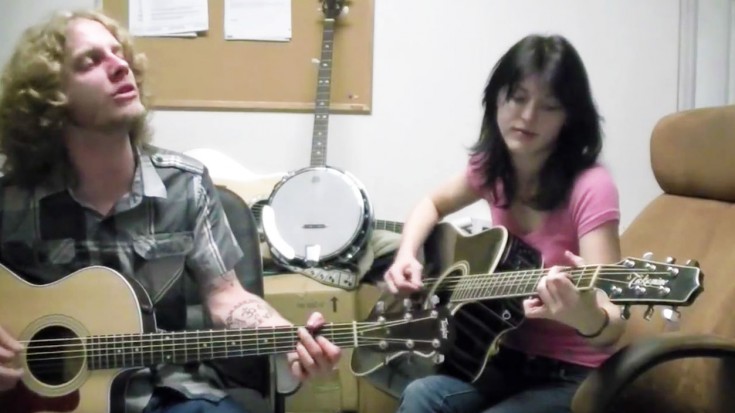 Covering the Allman Brothers hit “Midnight Rider,” duo Tony and Dani deliver a breathtaking rendition of the southern rock hit with incredible vocals and guitar work in perfect unison. On top of their chemistry being undeniable, their talent is just refreshing as Tony beautifully sings Gregg’s iconic lyrics about freedom on the open road.

Inspired by Gregg’s fearless attitude and reputation, the lyrics describe a man always on the run, hungry to see what’s at the “end” of the dusty road. The words behind “Midnight Rider” have always resonated with us, but for some reason Tony Tyler’s voice in this really brings the soul behind the song to life– so much so that we would even go as far as saying Gregg would love this cover.

Interesting Fact: With the help of Kim Payne, who was guarding their equipment, Gregg Allman broke into their Macon recording studio in the middle of the night he wrote this. He wanted to get some tracks down before he forgot.

We’re not sure exactly what it is about this song that makes us so happy, the beat, the lyrics or the mood it brings but it is really nice to hear someone with great talent cover such a classic rock song. Enjoy this awesome, humble performance!

Well, I’ve got to run to keep from hiding,
And I’m bound to keep on riding.
And I’ve got one more silver dollar,
But I’m not gonna let them catch me, no,
Not gonna let ’em catch the Midnight Rider.

And I don’t own the clothes I’m wearing,
And the road goes on forever,
And I’ve got one more silver dollar,
But I’m not gonna let them catch me, no
Not gonna let ’em catch the Midnight Rider.

And I’ve gone by the point of caring,
Some old bed I’ll soon be sharing,
And I’ve got one more silver dollar,

Repeat three times and Fade
But I’m not gonna let ’em catch me, no
Not gonna let them catch the Midnight Rider.