Eric Burdon Unites With War For “Spill The Wine,” And Proves He’s STILL Got It! 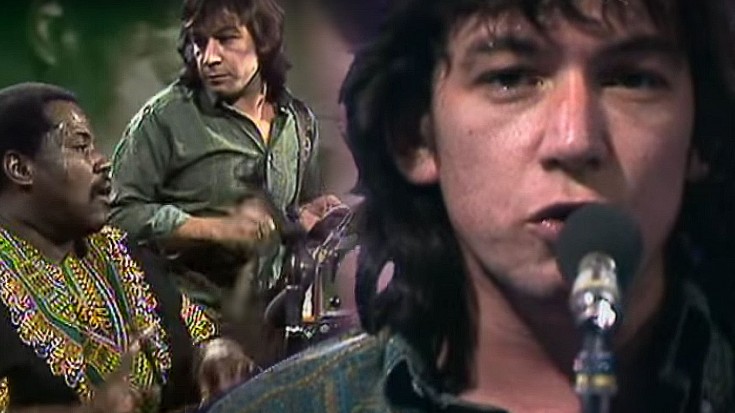 He’s Still Got It!

When Eric Burdon’s time with The Animals ended in the form of the band’s breakup in 1969, he did what any self-respecting musician would do: find another band. He united with War, a funk rock outfit from San Francisco and immediately got to work on the band’s first album Eric Burdon Declares “War”, featuring hits like ‘Tobacco Road’ and the song that would come to define the band, ‘Spill The Wine‘. This 1970 music video features Burdon – who looks quite different from his clean cut, suit-and-tie days with The Animals – performing ‘Spill The Wine,’ and in many ways it’s like nothing changed between his time with The Animals to his current stint with War.

Fun Fact: ‘Spill The Wine’ was the result of a joke between War members Lonnie Jordan and Eric Burdon. Jordan spilled a glass of wine on the studio mixing board, and Eric found it so funny that he had to write a song around it.

Sure, he’s still got that absolutely fantastic voice, but he seems far less awkward and uncomfortable, dressed casually and engaging with his band members. Maybe it’s the lack of pressure that comes with writing music that he wanted to write and performing it with a band who matched his unique brand of soul, or maybe it’s just Eric really starting to grow into his talent as an artist. Whatever the case may be, we absolutely love this song – and what’s not to love, ‘Spill The Wine’ became a massive hit for a reason!