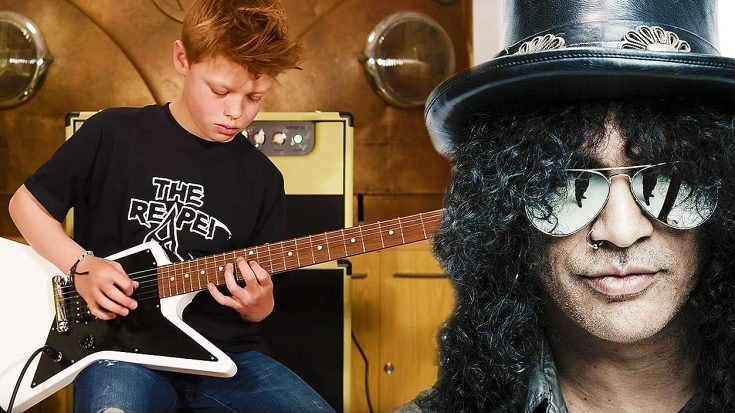 He’s got some serious skills!

When Guns N’ Roses jumped onto the scene in 1987 with their debut album Appetite For Destruction, they became one of the biggest bands in the world. The album is considered to be one of the greatest in rock history, with many of the band’s biggest hits lying within it!

The album includes one of the band’s most popular, songs: “Sweet Child O’ Mine.” The song has one of the most iconic riffs in the history of music, and every guitar player strives to learn it at some point! Well this 11-year old did just that, by not only learning the opening riff, but also the entire song!

Toby Lee, a young British guitarist, shredded this incredible cover of this GNR classic! His rendition included some improvisation and some original solos! His cover is phenomenal because rather than doing a simple carbon copy cover of the song, he makes it his own. In addition, he adds a little bit of a blues flare, to keep this all-time classic fresh with an original style!

Fun Fact: The lyrics of this song came from a poem Axl Rose was working on. He wrote the song about his girlfriend, Erin Everly, who is the daughter of Don Everly of the Everly Brothers. They married in 1990 but divorced a month later.

Check out Toby shred this amazing cover down below!