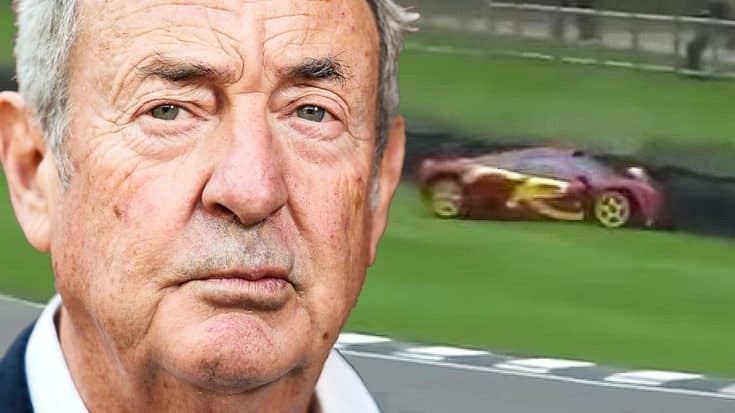 It was a close call this past weekend as Pink Floyd’s own Nick Mason got into a bit of a scrape when he crashed his prized McLaren F1 GTR during a demo lap at England’s Goodwood Circuit.The crash occurred during Goodwood’s 75th Members’ Meeting; an event that sees car enthusiasts like Nick take to the track with their multi-million dollar cars for a weekend of racing and demonstration laps, things went sideways when the 73-year-old rock legend, an experienced driver with one of the most envied car collections in the world (including a rare Ferrari 250GTO valued at around $31 million), lost control of the McLaren F1 GTR and went careening into a tire wall.

While Mason thankfully escaped the crash unharmed, experts stress that “some serious damage has been done to a seriously rare car” and warn that the damage done to the $3.7 million dollar car “is likely to be very costly.” To be totally honest, we don’t even care about the car – we’re just glad that Nick nor anyone else in attendance was seriously hurt that day!